1. Clean the House & Hang the Decorations

You’re probably getting the itch to do some spring cleaning anyway, and it just so happens that cleaning is a very important part of celebrating Chinese New Year. The purpose of completely cleaning your house is to “sweep away” any bad luck lurking in your house, which will make room for good luck to enter your house in the coming year.

Once you have totally swept and cleaned the house, you can start decorating. Red is considered a lucky color in Chinese culture, so you’ll use a lot of red items to decorate the house. Garlands, banners, or lanterns are common decorations, and they are often emblazoned with Chinese phrases related to good luck or prosperity. Some families may also hang paper dragons, or images of the Chinese god of money. 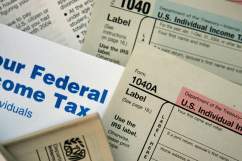 2. Prepare a Special Meal With Family

In some cases, families will gather the night before Chinese New Year for a family dinner. The location of this dinner is usually at the home of the eldest member of the family, which is done out of respect. The dinner can also be held at a location near that person’s home. Often, there are seven or eight dishes on the table, and the dinner is quite sumptuous.

For your own celebration, you can order takeout, visit a Chinese restaurant, or make dishes at home. The dishes served at a traditional Chinese New Year’s celebration tend to vary by region and family. That being said, some of the dishes that will show up on the majority of tables include Buddha’s Delight (a vegetable dish), mandarin oranges, dumplings, long noodles, leeks, chicken, and fish. If you want to try cooking at home, one food blog that might give you some recipe inspiration is Red Cook: Adventures from a Chinese Home Kitchen, a former James Beard Award finalist. You may also want to check out our post on the best traditional Chinese New Year recipes, which goes into more detail about why some foods are consider lucky.

During dinner, red envelopes containing money are often exchanged between family members. This helps to kickstart the hopes of prosperity in the coming year. You can learn more about this practice below.

A big part of Chinese New Year is giving out lucky envelopes filled with cash. Some families may also give out “good luck” coins, or display them in their home. These coins, while not legal tender, are believed to bring about good luck if you place them in your home using the proper feng shui. Typical “lucky” places to stash these coins include a wallet, a cash register (if you own a business), or with your financial papers. Often, you will see three coins bundled together with a red ribbon or string.

Adults are expected to give these red envelopes filled with cash to younger relatives or unmarried members of the family. In some cases, bosses will also give these envelopes to their employees. However, this is not always the case. Chinese e-commerce giant Alibaba caused quite a stir when they announced that employees would not be getting their customary red envelopes. According to Quartz, the company’s stock price has fallen over 14% since the IPO in September.

So, what’s an appropriate amount of money to give? According to this NPR report, it could be as much as $50 or as little as $1. Often it’s about $10 or $20. One dollar amount to avoid is four, because that number is considered unlucky in Chinese culture. 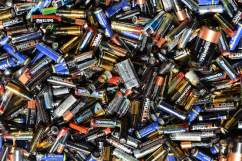 As long as you live in a city or state where firecrackers and fireworks haven’t been banned, then you should be able to set off as many celebratory fireworks as you please as part of the Chinese New Year festivities. However, fireworks may not be as common in some parts of the world where Chinese New Year is celebrated. Fox News reports that dozens of Chinese cities are asking citizens to take it easy with the fireworks this year, citing concerns about air quality. 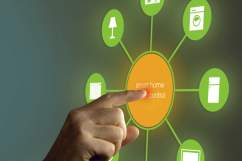 5. Learn About the Chinese Calendar

The cyclical nature of the Chinese calendar is fascinating, and many people are interested in the idea that the Chinese Zodiac can influence their personality, luck, or marriage prospects. Neil Somerville’s book Your Chinese Horoscope 2015 may be of interest to those who want to know what the year of the goat/sheep has in store for them. For general info on the Chinese Zodiac, kids may enjoy the picture book The Great Race, while adults might want to check out Chinese Astrology: Exploring the Eastern Zodiac by Shelly Wu.