Lauren Bedford is the wife of New Jersey Devils forward Brian Boyle. The couple recently moved to New Jersey from Tampa, Florida, after Boyle inked a deal with the Devils as a free agent (he was traded to Toronto at the end of the 2017 season before signing with New Jersey).

Bedford, who grew up in Orlando, is a long-time model, with dozens of magazine covers and fashion spreads to her name. She’s also a mother of two beautiful kids.

Boyle has always considered himself a lucky guy and has said that he’s blessed to have Bedford by his side. That’s even more true these days as he was recently diagnosed with leukemia.

Here’s what you need to know about Bedford:

Thanks to all who came and shared our special day. #blessed pic.twitter.com/XoKPLu5Z3l

After meeting while both of them were working in New York City – Bedford as a model and Boyle with the New York Rangers – the two became friends, talking every day before they even went out on their first date.

“He asked me to go to church with him. That was our first date, at St. Paul’s,” Bedford told TBO. And the rest was pretty much history.

Boyle got down on one knee in August 2013. The happy couple began planning their wedding and officially tied the knot in July 2014 during a week-long celebration at Disney World, one of the couple’s favorite places to visit.

These two are married.Help! Thanks for being a great bro @BriBrows22 and for giving me the best sis in law ever❤️? pic.twitter.com/A7NuINVJbF

Our whole world begins and ends with you… pic.twitter.com/QPjgJj8088

Bedford gave birth to the couple’s first child, Declan Gabriel, on May 19, 2015, an off-day during the Eastern Conference Finals. Boyle actually flew back to Florida after Game 2 of the series against the New York Rangers to make sure that he was there for his wife’s scheduled C-section.

“I’ve never been so scared and happy at the same time. When we first heard (Declan), it was pretty emotional. When I first saw him, I was petrified, I guess (that) I was in charge of this human. It was just joy, holding him, being around him. When he sneezed, it was the cutest thing I’ve ever seen,” Boyle told the Tampa Bay Times of becoming a father.

Two years later, the Boyle family expanded once more. Bedford gave birth to the couple’s second child, a baby girl, this past May. The two have not shared any additional details about their little girl, but Boyle posted the following photo on social media shortly after her arrival.

Praise the Lord! Our little princess arrived today! Our hearts are so filled with love and gratitude. Also, their momma is a rockstar!!! pic.twitter.com/QPoG0L920G

3. Bedford Has Been Featured in the ‘Sports Illustrated’ Swimsuit Edition & Dozens of Magazines

A veteran of the modeling industry, Bedford has appeared in dozens of magazines, including several bridal magazines, and was originally signed by Elite Model. She’s appeared on the cover of “Fitness” several times and is frequently featured in exercise spreads as well. She know works with FORD models.

4. Bedford Married into an Enormous Family

Merry Christmas from O-town! Missing everyone up north. Be safe. #NOEL pic.twitter.com/YAFy04yhwk

Bedford certainly got more than just a husband and, eventually, a sign when she and Boyle tied the knot last summer. Instead, she got an entire family. Boyle is one of 13 children. Those 13 children also have, as of now, 17 grandchildren. It is, for all intents and purposes, a brood. An old-school New England family in the truest sense of the idea.

Of course, Bedford is just find with that.

“I felt like they were family all along. My faith matters, and faith is what that family is built upon. They’re such a breath of fresh air,” Bedford told the Tampa Bay Tribune.

Two of Boyle’s 16 nieces and nephews were the flower girl and ring bearer at the couple’s wedding. 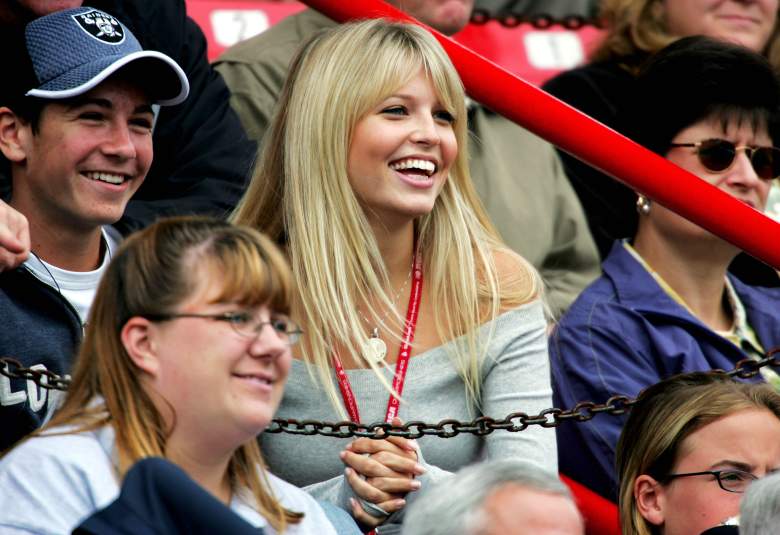 Before she married to Boyle, Bedford was involved with another popular professional athlete: Andy Roddick. Bedford was frequently seen watching Roddick while he was still playing on the pro circuit.

The relationship didn’t last long, however, as the two broke up after just a few months of dating. 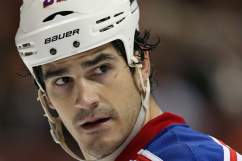