The breakout star of the Cincinnati Bengals 2015 season is tight end Tyler Eifert. Not only is he storming passed defenses across the NFL, the Notre Dame graduate is dating medical professional Rachael Kimack, a graduate of the Irish’s hated rivals, Purdue University.

1. She Was a Soccer Star at Purdue, Where Eifert’s Father Was a Basketball Star

Kimack went to Purdue University where she excelled as a soccer player for the school, according to her official profile. In 2010, injury cut her season short. She graduated from the school in 2014. In December 2013, she took to Twitter to defend Purdue’s high standards writing “I would like to note that Purdue is 8th hardest school in the NATION to get an A. Carry on.”

During the 1980s, Eifert’s father, Greg, was a basketball star at Purdue. Kimack’s boyfriend was offered a deal with Purdue, but chose Notre Dame.

2. She Sells Stomach Camera to Hospitals in Cincinnati

On her LinkedIn page, Kimack says that she works in selling and helping in stall endoscopy equipment, cameras that doctors use to look at people’s stomachs. She’s worked for various companies in the industry since May 2013. That profile gives her location as Cincinnati. Kimack got her degree in Health and Kinesiology, though her school profile noted that her intended major had been Movement and Sports Sciences.

As a high school player Kimack was an Indianapolis Star three-time all city player. She was also a hoops player and track runner at Bishop Chatard High School. That mirrors Eifert’s high school experience at Bishop Dwenger Saints High School in Fort Wayne where he was a defensive back in football and a power forward in basketball.

4. Her Brother Was an All Star Running Back in High School

Like his sister, Alex Kimack is also a graduate of Bishop Chatard High School. According to the school, he was named to the Indiana High School South All-Star Football Team in his senior year. Perhaps, Eifert could help out his future brother-in-law with a Bengals contract.

Meanwhile, her sister Nikki, is a public relations graduate from Ball State. She describes herself as “I am a nature and animal lover with a mean jump shot.”

5. Her Mom & Dad Run an Auto Lab Franchise in Indiana

Kimack’s mom and dad own and operate an Auto Lab franchise in Avon, Indiana. The company did a profile on the couple in which her father, Dave, said “We wanted to provide a comfortable environment to our customers with a clean building, friendly staff, and professional service at a competitive price. We also believe that our success is worth sharing and have placed a large emphasis of reaching out to give back to our local community.” Despite sending their kids to be privately educated at Catholic school, the business contributes to Avon High School. They also offer a generous discounts to veterans and active military service members, nice work Kimacks! 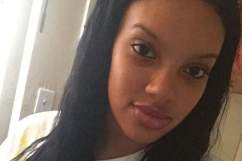