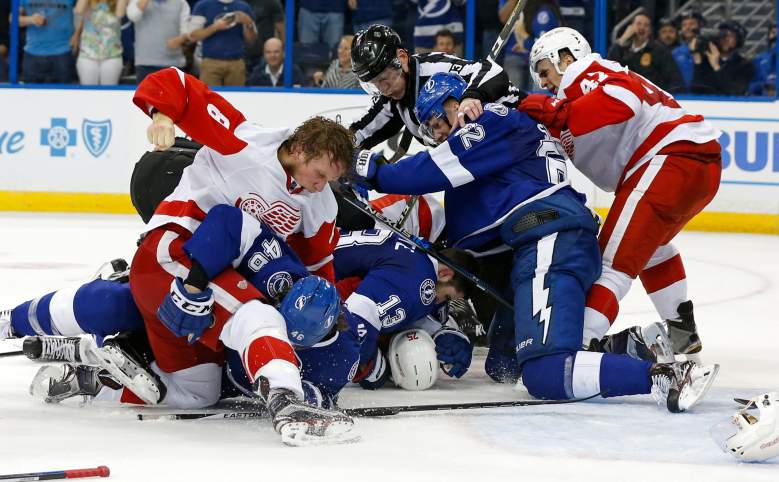 Emotions were running high in Game 2 on Friday night as the Red Wings and Lightning battled it out on the ice. (Getty)

The Detroit Red Wings should really consider winning this game.

That’s not to say the Wild Card squad hasn’t been trying. This is playoff hockey. Of course the Wings have been trying. They wouldn’t have brawled with what appeared to be the entire Tampa Bay roster on Friday night if they weren’t..

But Detroit is still facing a two-game deficit heading back to home ice on Sunday afternoon and another loss in Game 3 would make this an all-but-impossible hill to climb back up.

In other words, the Red Wings should probably try to win. And slow down Tampa’s top line. But mostly win.

Puck drop for the game is slated for 7 p.m. ET and is being nationally broadcast on CNBC. Don’t worry if you wont’ be near a TV though. We’ve got ways to stream the game online and on mobile:

Read More
Hockey, NHL
The Red Wings need to win. Desperately. Trust us, you're not going to want to miss this one. Here's how to catch all the Game 3 action tonight.