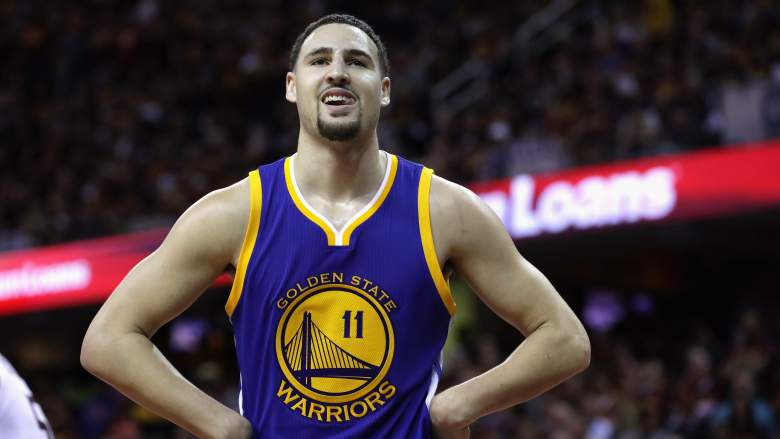 Just one game away from their second straight NBA title, the Golden State Warriors enter Game 5 as heavy favorites against the Cleveland Cavaliers.

Here’s everything you need to know about the betting info and odds for Monday night’s battle:

In each of the first two contests at Oracle, the Dubs were favored by six points, but that number has jumped up to eight for this elimination game.

Of course, that’s not exactly surprising with the way things have gone. Cleveland’s three losses this series have been by 15, 33 and 11 points, as they’ve had trouble keeping things close in the fourth quarter.

The over/under has dropped down to 206, which is right where it has been the last two games. While a majority of the bets, per OddsShark, are coming in on the over, these games have been relatively low scoring.

In fact, in the 10 finals games between these teams over the last two seasons, eight have been under 206 total points. The offensive firepower of each team means that trend could change at anytime, but for now, the slower pace and physical defense is preventing shootouts from happening.

Steph Curry’s Wife & Family: The Pictures You Need to See

LeBron James’ Wife & Family: The Pictures You Need to See