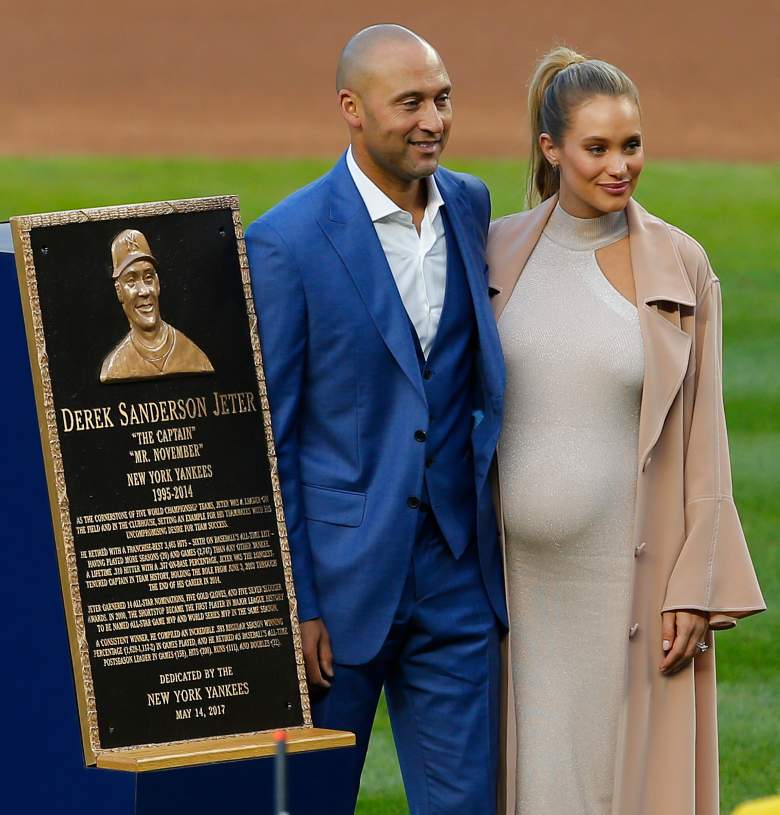 Derek Jeter and his wife, Hannah Davis Jeter, have welcomed their first child. Bella Raine Jeter was born on August 17, according to Derek’s website, the player’s tribune.

The couple announced their pregnancy on Jeter’s website, The Players’ Tribune, back in February, by way of a blog post written by the mom-to-be.

Jeter’s number was retired at Yankee Stadium on Sunday, May 14. Davis Jeter was by his side as he was honored in the Bronx. She showed off her growing baby bump in a fitted nude-colored dress. The gold-glover and his super model wife are excited to start this new chapter in their lives.

Hannah & Derek Jeter are having a little girl. I cried a little reading her sweet post @PlayersTribune https://t.co/Lv1hdBIfCd pic.twitter.com/LscbUBWjQG

The gender announcement was made subtly, in one picture that said so much. Derek Jeter was seen holding a bunch of pink balloons, looking slightly terrified, knowing he’s going to have a girl. Of course, that’s a feeling that most new dads experience.

“[Derek and I] both have two nephews right now [whom] we absolutely adore and we spend a lot of time with, so I’m really excited to buy all the girly fun stuff because we’ve been buying boy things for years. And there’s not that much cute boy clothes, like you really have to look for them,” Hannah Jeter told People Magazine shortly after announcing her pregnancy.

She admits that she’s not super girly but she’s excited to be tickled pink. “I’m not really a girly girl, but I’m gonna get there. I want an Easy-Bake Oven, I want the dollhouse. Barbie car,” she told the magazine.

2. Hannah Jeter Has Had a Hard Time Deciding on a Name 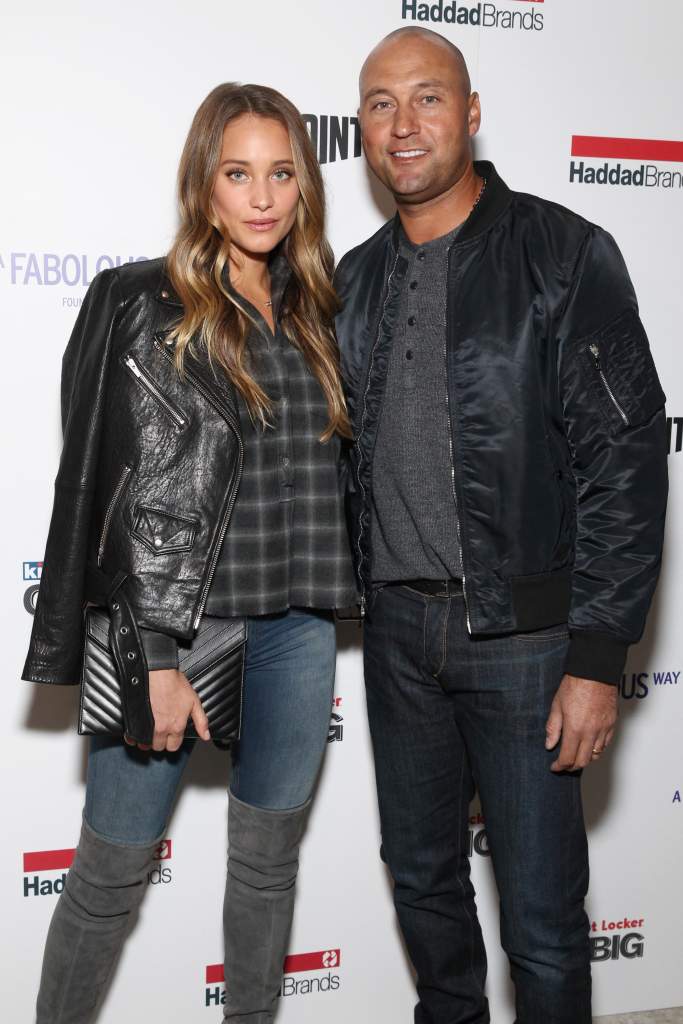 Derek and Hannah chose the name Bella Raine Jeter for their daughter. However, Hannah didn’t the easiest time finding something that she really liked.

“I don’t wanna tell you, ’cause I don’t think that’ll be the name, personally. We have some brainstorming to do. We have some time,” Mrs. Jeter told People Magazine of the name that her husband had picked out. “I don’t like anything now, that I’m hearing. But that’s probably ’cause I’m just an emotional hot mess lately. So everything, I’m like, ‘Never, I could never name her that!’ So we’ll see,” she added in the February interview.

3. Baby Jeter Will Get a Part of Her Dad That Others Won’t 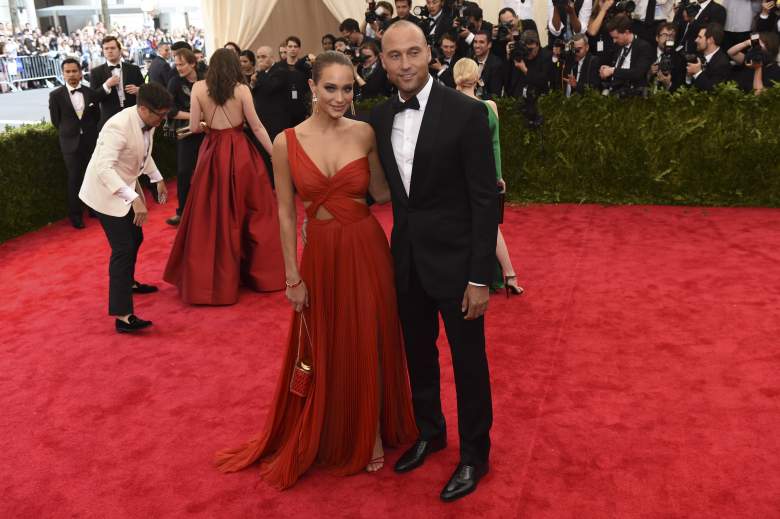 Although Hannah Jeter wants her kids to know about their dad and the incredible baseball career he had playing for the New York Yankees, she is excited for her daughter to get a special piece of Derek that no one else gets.

“We want our kids’ lives to be as “normal” as possible. They’re going to be born into such an extraordinary situation. They’re going to have to be some strong little people. We don’t want them to be defined by their dad’s name — for them, we want him to just be ‘Dad.’ That will be the piece of him they’ll have that the rest of the world doesn’t. It will be special, and it will be theirs,” Mrs. Jeter wrote in her blog. 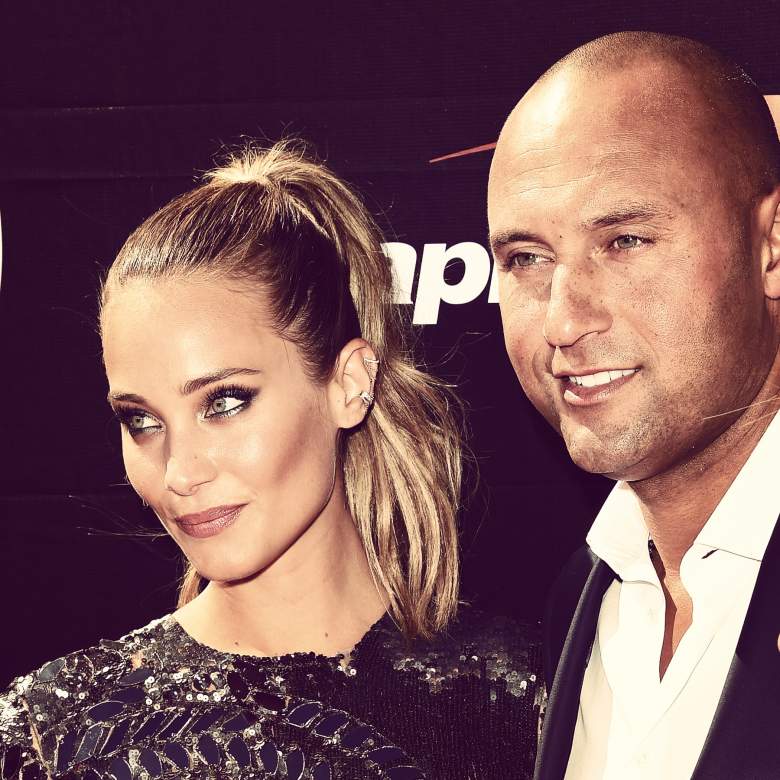 Hannah Jeter knows how she wants to raise her children and has hopes for the traits they inherit. She wrote about how supportive the couple will be as parents, but jokes that if playing baseball is a dream of theirs, it won’t be so simple.

“Derek and I will want our children to understand that the lives they’ve been given are so fortunate, in so many ways. We’ll want them to learn to help others, and to care for others, and to give back to the world,” she added.

5. Jeter Is Excited to Become a Dad

I'm crying Derek Jeter is having a baby girl ??? pic.twitter.com/xQOSNCNVNG

In a 2014 interview with People Magazine, Jeter mentioned that he was looking forward to becoming a dad and joked that being an uncle to his nephew. Jalen, was fun, but less serious.

“Kids nowadays are going to be the leaders of the future, and the leaders for not only Jalen, but my kids one day when I have them. I look forward to being a dad. When you’re an uncle, you can get rid of them when you want to get rid of them,” Jeter told the magazine.

Check out what Jeter had to say about life post-retirement in the video below. 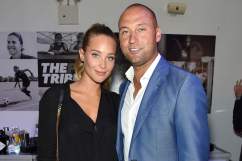