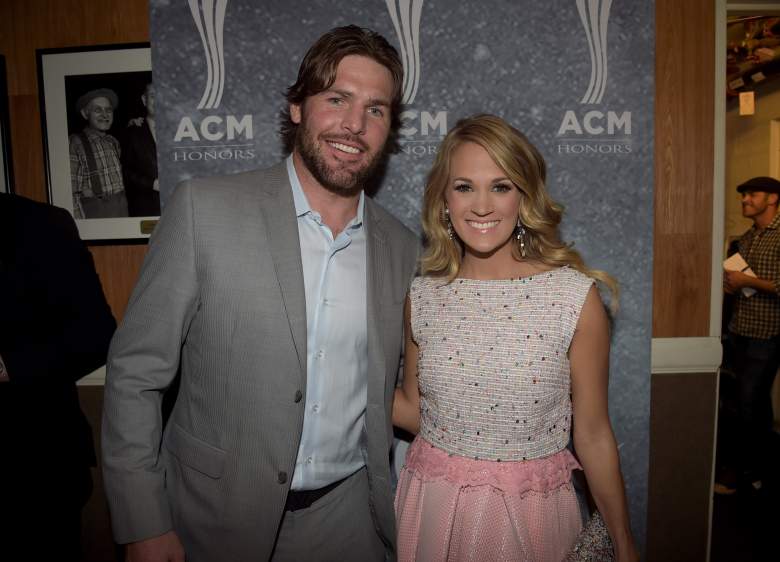 Mike Fisher and Carrie Underwood have been married for seven years.The American Idol winner and her athlete beau starting dating in 2008. They welcomed their first child together in 2015.

Underwood has been cheering on her husband as he plays in the 2017 Stanley Cup Finals for the Nashville Predators. She has been at nearly every playoff game (even traveling to Pittsburgh), and Sunday night’s Game 6 is expected to be no different.

1. Fisher & Underwood Are Very Supportive of Each Other’s Careers

This husband and wife team is super supportive of each other. Not only has Underwood been to plenty of games at Bridgestone Arena to watch her husband play hockey, but Fisher has been seen supporting his leading lady at various events over the years, including several award shows.

Fisher was on-hand at the 2010 CMT Awards where his then-fiancee won the award for video of the year for her hit song “Cowboy Casanova”. The two shared a kiss before Underwood walked up to accept her award. 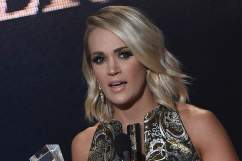 Carrie Underwood Net Worth 2016: 5 Fast Facts You Need to Know

2. Fisher & Underwood Were Set-Up by a Mutual Friend 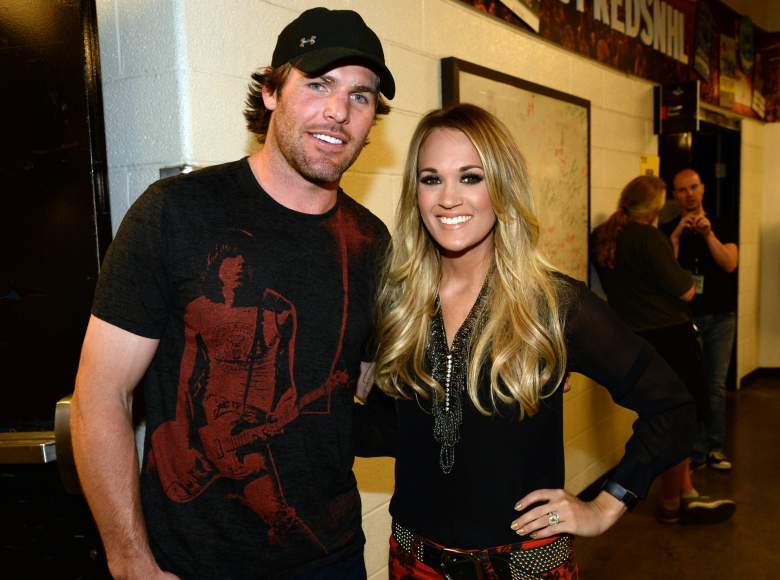 Underwood can thank her bassist, Mark Childer, for introducing her to the love of her life. It took some convincing, but Underwood eventually gave in and agreed to meet Childer’s pal, Ottawa Senators player Mike Fisher. The country superstar and the athlete met backstage at one of Underwood’s concerts, and the rest was pretty much history.

According to People Magazine, Underwood’s first impression of her now-husband was a great one. “Hot, hot, hot,” she previously recalled of their first encounter.

Although Underwood was based in Nashville and Fisher was in Canada, the two made their long-distance relationship work for a while.

“I mean, can I make dating more difficult?” Let’s get a hockey guy who lives in another country. Awesome,” Underwood said on VH1’s Behind the Music.

The duo didn’t share their first kiss until months later — and it was a public one. It took place on New Year’s Eve in 2008 in New York City. The two locked lips when the ball dropped in Times Square. 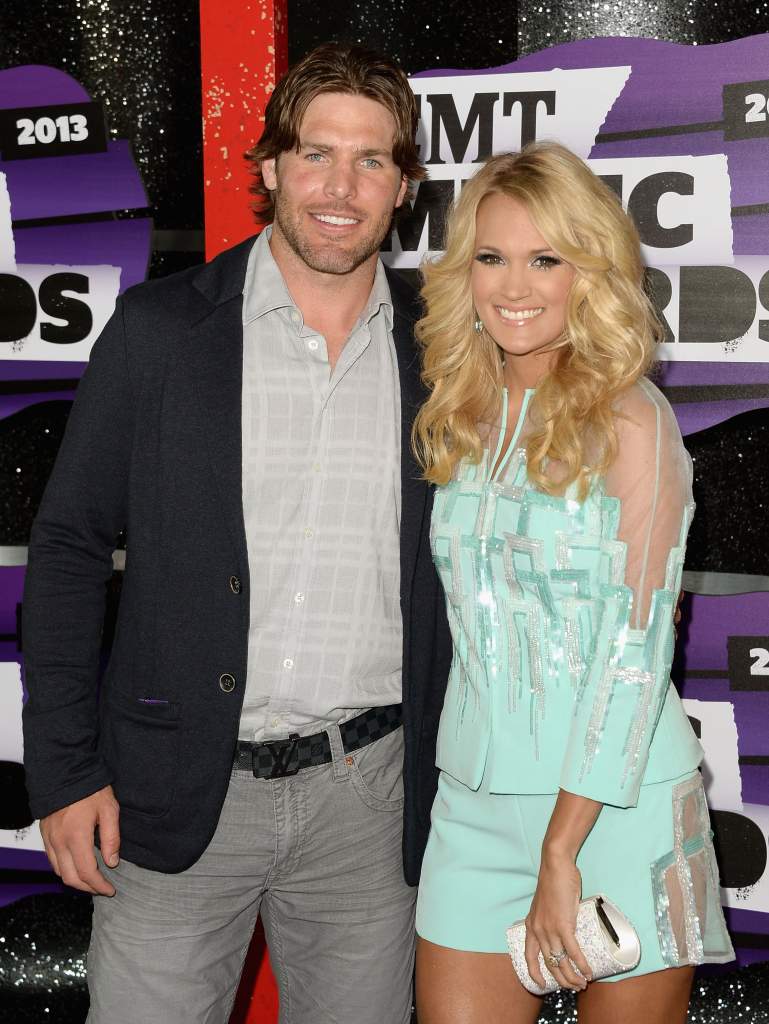 Not long after that first kiss, the couple knew that they had found love. A year later, the pair was relaxing at home when Fisher decided to propose. The duo was in Ottawa at the time as Underwood was in town to support her man and his team as they took on the Minnesota Wild and the Boston Bruins.

“It’s true. We’re both obviously excited and very happy. I’m not sure exactly when [the wedding will take place],” Fisher told the Toronto Sun days after the proposal. He refused to give details about the proposal, but information about Underwood’s stunning engagement ring popped up all over the internet a short time later.

According to Us Weekly, Fisher helped design the ring (seen below) with Underwood’s favorite jeweler, Johnathon Arndt. The canary diamond center stone is surrounded by a halo of white diamonds for a 12-carat total weight. The ring is estimated to be worth $800,000, other reports suggest it’s worth well over $1 million; other estimates have it costing around $150,000.

Hey @kramergirl it took me a couple of days to get my nails done, but I'm happy to join in the #PutTheNailInIt movement to help bring awareness to domestic violence. Thanks for helping so many women by sharing your story. ❤️️ ya'! Nails by @jent41mua 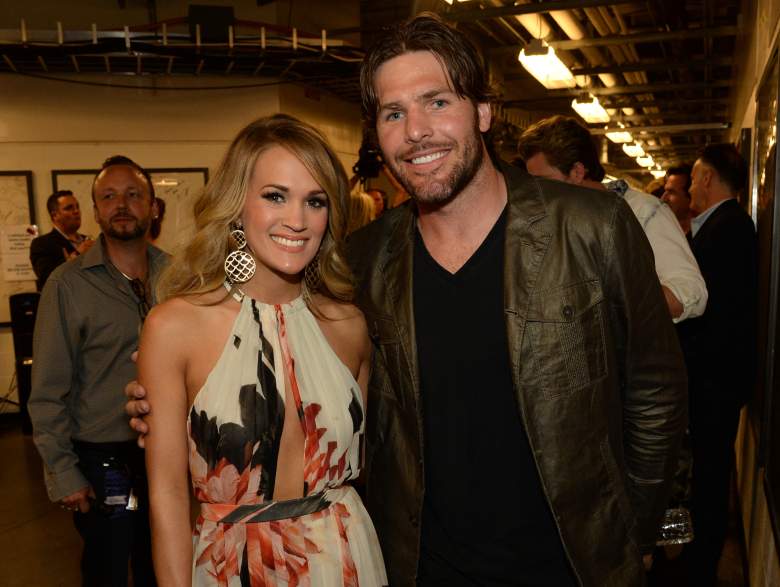 On July 10, 2010, Underwood became Mrs. Fisher. The couple tied the knot at the Ritz-Carlton resort on Lake Oconee in Georgia. According to People Magazine, 250 guests looked on as the couple said their “I do’s.” Underwood wore a Monique Lhuillier gown made of Chantilly lace.

“We could not feel more blessed to have found each other and to have shared this day with our friends and family that mean so much to us,” the newlyweds told People Magazine in a statement following their nuptials.

After their wedding, Fisher and Underwood split their time between Nashville, where she lived, and Ottawa, where he lived (and played hockey). In 2011, Fisher was traded to the Nashville Predators, which was undoubtedly an ideal move for him. In a 2016 post for The Player’s Tribune, Fisher opened up about the trade, which he referred to as “life-changing.”

“I could have been going to 28 other cities, but I was actually going to Nashville, where I could finally be with my wife full-time. Carrie and I had gotten married the previous July, and because she’s a country music singer, she has to be doing her thing in Nashville for most of the year. So we had been going back and forth between Ottawa and Nashville. As a newlywed couple, it wasn’t easy,” Fisher wrote.

Five years after becoming husband and wife, Fisher and Underwood became parents. The couple announced their exciting news on social media. It was Labor Day Weekend in 2014 when Underwood posted a picture of herself with her two dogs wearing shirts that read, “I’m going to be a big brother” and “I’m going to be a big sister.” You can see the photo below.

In honor of "Labor" Day, Ace & Penny would like to make an announcement. Their parents couldn't be happier…

Fisher and Underwood welcomed Isaiah Michael Fisher on February 27, 2015. The baby announcement was also made on Underwood’s Instagram.

Tiny hands and tiny feet…God has blessed us with an amazing gift! Isaiah Michael Fisher – born on February 27. Welcome to the world, sweet angel!

In 2016, Underwood talked to E! News about raising her son with Fisher.

“My husband is as wonderful as he is hot, and I feel like that’s rare. He’s amazing. He’s such a great dad and he’s so supportive of what I do and I’m supportive of him and we just love our little family,” Underwood told E! News.

The “Dirty Laundry” singer also opened up about her little boy.

“He is a very physical baby. He loves to climb things—but he does love music, too. There are certain things you don’t even realize he’s picked up but he sometimes tunes in and will start singing along,” Underwood shared. 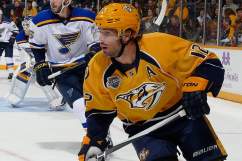