Amir Khan has announced that he and his wife, Faryal, are getting divorced. The couple has had a tough year and have decided that it is best for them to go their separate ways.

“Unfortunately it didn’t work out between Me and Faryal and we are still going ahead with the divorce. We are in good talking terms. We have to think about our daughter Lamaisah who I will always be there for. I wish Faryal all the very best for the future,” Khan said in a series of tweets on Thursday morning.

The news comes just one day after Faryal took to social media to thank her fans for their support during her “darkest hours.” In that message, Faryal also expressed concerns about having her kids grow up in a broken home and vowed to work on her marriage.

“All this infighting between me and my in laws has had a terrible effect on my husband and I… and for that I would like to sincerely apologize. My daughter and unborn child do not deserve a broken home,” Faryal said, adding that she “decided to put differences behind us, and start afresh.” It didn’t take long, however, for Amir to come forward and confirm that the two are indeed splitting up.

No word on what may have caused their split, but rumors about infidelity have been circulating on social media for several months. Back in January, rumors of a sex tape circulated, with at least one major website claiming to have obtained the video. In it, Amir was seen with a woman who was not his wife. News outlets reported that the video was filmed just a couple of weeks after Amir and Faryal’s wedding.

Amir and Faryal have been married since 2013. Further details were not available at the time of this posting. 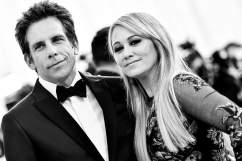 Read More
Boxing
Amir Khan has announced that he and his wife, Faryal, are getting a divorce.