The Vikings contingency plan for releasing ex-Raiders Quentin Poling was on the training camp grounds Monday and proved his worth during his workout.

Sayles was picked up by the Vikings in January after two years in the Canadian Football League. He was signed for his prospects as a nickel cornerback, but the Vikings seem comfortable having third-year corner Mike Hughes and rookie Jeff Gladney interchange in the slot.

Nickerson was undrafted out of Illinois and spent the past three seasons with the Bengals, starting in nine of 37 games played. Nickerson saw most of his action in the 2018 season, starting in seven games and tallying 57 tackles, one for a loss and a forced fumble.

Vikings co-defensive coordinator Andre Patterson said he tried to recruit Nickerson when he was coaching at University of Texas-El Paso. “I think it’s a good get,” Patterson said when asked about Nickerson’s signing.

Nickerson worked out with the Vikings on Monday along with linebacker Derrick Moncrief and safety Jahleel Addae. He is the son of all-decade Tampa Bay Buccaneers linebacker Hardy Nickerson, who was a five-time Pro-Bowler and four-time All-Pro selection from 1987 to 2002.

With starting weakside linebacker Ben Gedeon still on the team’s PUP list after suffering two concussions in the 2019 season, the Vikings were left with few options beyond the rookie talent they gathered in the offseason.

Nickerson is by no means a shoo-in for a roster spot as the rookies have potential the Vikings may be unwilling to part with before their first action in the NFL.

Lynch is an interesting prospect who made 32 career starts in college at five different positions: cornerback, linebacker, safety, wide receiver and running back. He started all 14 games in 2019 at linebacker, totaling 134 tackles, 13.5 tackles for loss, 6.0 sacks, three interceptions, 12 passes defended and a blocked kick for the Bears.

Fehr out of Appalachian State was picked up for his freakish athleticism. He ran a 4.45 40-yard dash, posted a 40.5-inch vertical and bench pressed 415 pounds. 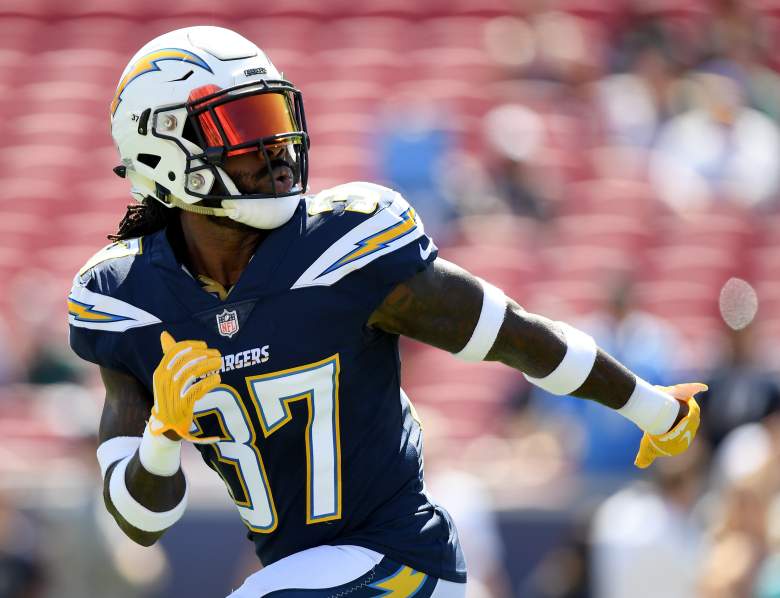 GettyJahleel Addae was brought in for workouts on Friday and continues to be looked at by the
Vikings.

Addae, entering his seventh season in the NFL, has worked out with the Vikings since Friday but has yet to be signed.

The Vikings safety depth, much like the linebacker group at one point, was all rookies beyond starting duo Anthony Harris and Harrison Smith. Miami Dolphins safety Steven Parker was signed the same day Addae was brought in for his first workout.

Addae continuing to be looked at the Vikings may hint that the team is still looking to add Addae or another safety to the training camp roster.

Undrafted in 2013, Addae proved his worth and played for the Los Angeles Chargers until last season when he joined the Houston Texans. He started all 16 games in his final two years with the Chargers and didn’t miss a game with the Texans. He played as a third linebacker at times for the Texans and would likely be the Vikings second strong safety.

Addae has four career interceptions, one which was returned 90 yards for a touchdown, and 417 combined tackles.