Arguably the best player on the Vikings roster, defensive end Danielle Hunter has yet to take the field at training camp after missing a full week of team practices.

After Hunter missed his fourth consecutive practice, coach Mike Zimmer said his absence has been the cause of a “little tweak.”

On Sunday, Zimmer told local media that Hunter is “getting a little better every day.” Hunter’s return to practice will rely on a thumbs up from lead trainer Eric Sugarman.

Hunter is the youngest player to reach 50 career sacks in NFL history and is the latest in a successful talent at a position the Vikings haven’t had much to worry about for over a decade.

But with Hunter’s status unclear and the added void at defensive line following nose tackle Michael Pierce opting out, the defensive line has been shuffled as defensive line coach Andre Patterson is shuffling players across multiple positions to find the best fit for the 2020 season. 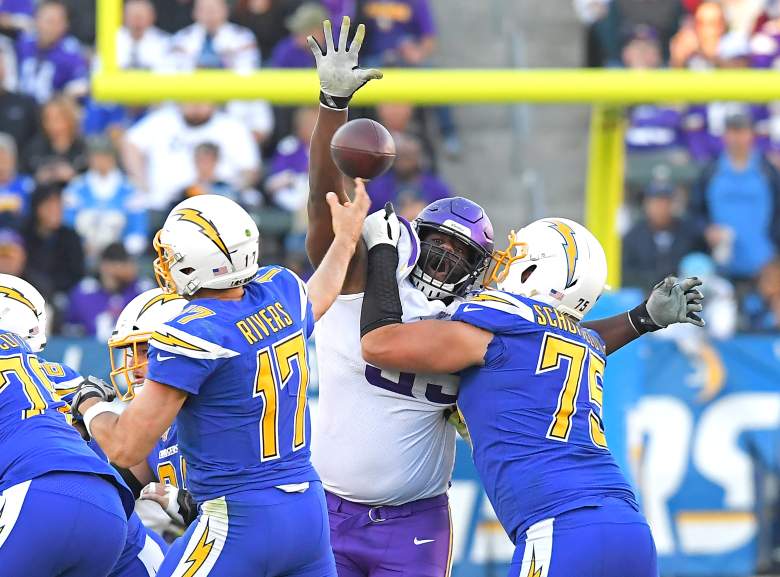 GettyShamar Stephen has been touted as the Vikings starting nose tackle after Michael Pierce opting out.

Until Hunter’s injury is announced, it’s safe to assume he will be ready for Week 1 against the Packers. On the other end of the line will likely be Ifeadi Odengibo, who was named one of the NFL’s top breakout stars this season.

Defensive tackle remains a question mark, but seventh-year veteran Shamar Stephen has been lauded through training camp and is expected to make the move to nose tackle after playing the three-technique for most of his career. Zimmer has said nose tackle is a better fit for Stephen.

Jaleel Johnson has the most playing experience beyond Stephen and has been the projected starter at the three-technique.

Jalyn Holmes slimmed down this offseason and will be returning to defensive end. He’s seen more reps in Hunter’s absence and is a lock behind the starting defensive end duo. Fellow third-year defensive end Eddie Yarbrough is likely fourth in line for edge duties. Kenny Willekes is making a case for a roster spot ahead of D.J. Wonnum, per The Athletic’s Arif Hasan, but will have to stand out further if the Vikings are going to consider keeping Willekes, a seventh-round pick.

At interior defensive line, Armon Watts has excelled at both nose tackle and the three-technique, while rookies David Moa and James Lynch have yet to show much in camp.

Hercules Mata’afa is on the bubble of making the team as an interior lineman, while Anthony Zettel and Stacy Keely are veterans who are the likely roster cuts at the moment.

Read More
Football, Minnesota Vikings, NFL
Arguably the best player on the Vikings roster, defensive end Danielle Hunter has yet to take the field at training camp after missing a full week of practice.