BlackBerry launched the BlackBerry 10 at its press event in New York City on January 30th, 2013. At the event, the company revealed that BlackBerry App World reached its 100,000 app milestone, quite an achievement for a company who has fallen behind Apple, Google, and even Windows in terms of app development. The BlackBerry App World has grown because of BlackBerry’s campaign to get developers to create apps. Martyn Mallick BlackBerry VP for Global Alliances and business development said to All Things D, that out of the 100,000 apps that the BlackBerry World Store has only 20% are Android apps. Mallick said “Our users deserve to have great content. If that is the fastest way we can get some of that content, that’s great.” With Blackberry putting more of an emphasis on apps, here are top 10 apps we think you need to download for BlackBerry 10.

1. WhatsApp Messenger– Alex Kinsella, BlackBerry’s social media manager, posted on his Twitter account that he “predicted” that BlackBerry 10 users would be able to start downloading the new app this week. WhatsApp messenger allows users to send messages without having to pay for SMS. Users can also send video and audio messages. You can download WhatsApp for BlackBerry 10 here.
2. Viber – Using the app, you can share text and photo messages, and also share locations with anyone else who is connected to Viber. The app is pretty easy to use and can sync with your address book. Users will be able to make free calls soon. Viber will be released for BB10 in the next few months.
3. BatteryBooster – Battery Booster will optimize your Blackberry’s battery performance. If you click on ‘enable’ it will detect what’s draining your battery and will give it a boost. You can download BatteryBooster here.
4. Foursquare – Foursquare rolled out a new version for BlackBerry 10 which makes it version V10.0.1.3486. The new version offers bug fixes, enhancements and new features. With the new update you can sync your debit card, Visa or Mastercard  to your FourSquare account so you can redeem specials. You can download the latest version of Foursquare here.
5. Skype – During the BlackBerry 10 unveiling, Skype announced their plans to support the BlackBerry 10 platform. Bob Rosin, VP & GM of Business Development for Microsoft’s Skype division said, “We are working closely with BlackBerry to ensure Skype runs great on BlackBerry 10 devices. This will give BlackBerry 10 users a great Skype experience, including free voice and video calling, sending instant messages and text messages, sharing photos, videos and files, and calling to landlines and mobiles at Skype’s low rates.”  Skype isn’t available in BlackBerry World yet, but should go live soon.
6. Need For Speed: Undercover – If you’re into racing games, you’ll probably get addicted to Need For Speed: Undercover. EA finally made it available for BlackBerry 10 and supports BlackBerry World. The game comes with 8 different challenging race modes, a new quick race mode, and different environments. It also comes with performance upgrades so you can give it extra boost, speed, acceleration, and handling. Keep in mind that EA is charging $3.99 for the game. You can get Need For Speed: Undercover here.
7. Songza – With Songza, you can stream from thousands of playlists that are organized by genre, activity, decade, and mood. Songza is free and also comes with no listening limit or audio advertisements. Songza is just as good as Pandora, Slacker, and TuneIn radio. You can download Songza here.
8. Press Reader – PressReader offers over 2,3000 newspapers from over 100 countries. Users can subscribe to publications or purchase individual editions. If you’re a regular reader, and you miss an issue, you can download older editions. You can download PressReader here.
9. Angry Birds Star Wars – You can now wreck the imperial pigs by using lightsabers, blasters and Jedi powers. When you see a Red Luke Skywalker, just hit tap the screen twice and you will activate a lightsaber. Download Angry Birds Star Wars here.
10. Twitter -The latest version of Twitter will provide users with an enhanced experience. Version 4.0 includes a connect tab, discover tab, and a me tab. You can download the latest version of Twitter here. 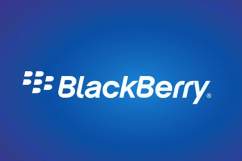