In case you live under a rock, the NSA spying scandal is all over the news. The reveal of the PRISM program and Edward Snowden’s antics have rocked the core of our beliefs in our nation’s security standards.

Based on an interview with Steve Wozniak, the Apple co-founder feels pretty scared.

On camera speaking with a journalist from Spanish tech news site FayerWayer, the creator of the Apple I and Apple II computers was brutally honest about his thoughts on current affairs. Apparently ambushed in an airport waiting room, Woz begins this considerably anti-government rant.

Stemming from a fear of communism at a young age, the famous engineer discusses how he feels this situation is a prime example of the government using the threat of terrorism as an excuse to abuse our rights. One of the peculiar comments he makes is that the president (referred to here as a king) would round up dissidents and imprison them or worse. Wozniak also appears to believe every word Snowden discussed about the powers he had before going on the run. See the video below. 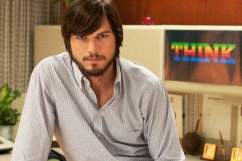