The Dark Mail Alliance is the best protection you can have from the NSA reading your e-mail. Here are five fast facts you need to know.

The NSA’s spying activities have greatly affected our privacy but this new email service will install measures to completely protect our messages from prying eyes. The Dark Mail Alliance will utilize peer-to-peer encryption technology that shields the entirety of a message. Metadata is included in this protection policy and the service will be open to anyone who wants to join.

2. Lavabit and The Silent Circle Have Joined Forces For This

Lavabit was dismantled due to its efforts supporting Edward Snowden. (Lavabit)

Lavabit and The Silent Circle were two companies that became casualties of the Edward Snowden revelations. When it was revealed that both firms email operations were complicit in the NSA’s snooping activities, these sections were immediately shutdown.

Messages are safe between Dark Mail accounts but gmail and other services won’t have that protection. (Gizmodo)

Of course, this sounds like the worst case scenario for any spy agency. However, there is a catch. It only works between these specific accounts. If someone sends a memo to another account on a Gmail server, that email is wide open for hacking. The Silent Circle Instant Messaging Protocol known as SCIMP is intended for this purpose. Also, these messages will delete themselves after an unknown period of time while they’ll be stationary for other email providers.

4. The Technology Improves On PGP

The unique aspect of this is that the Alliance can guard every part of this email. It improves upon PGP which couldn’t encrypt subject lines and headers. Since the software will be open to everyone upon its release, there is a chance for it to be altered and provide more protection. The beta sounds as if it will already be pretty powerful.

5. This Presents A Serious Obstacle For The NSA

While Buzzfeed’s John Hermann thinks the name change was a little too obvious, Lavabit and The Silent Circle both have an impressive roster of engineers and tech experts that could turn this platform into an effective deterrent against domestic spying. Silent Circle could revive its own email service to incorporate into the Alliance as well. Watch out in 2014, these organizations could come back stronger than ever. 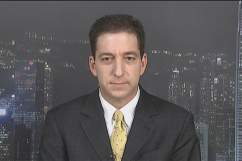