It’s a known fact that traditional news media has struggled to survive in the digital. While most news sources have gone to great lengths to embrace this shift such as forming pay walls for users to view content but Fox News may have taken this to a whole other level.

In this video above, the promo for anchor Shepard Smith’s show captures a completely new redesign that may look familiar to film buffs who love Star Trek or Minority Report. As Smith gives an “interview” to viewers, colossal tablets are seen in the background with busy reporters scouring the “Big Area Touchscreens” powered by Windows 8 with a scrolling wall following various Twitter accounts seen in another section above. 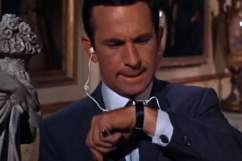 While newsrooms are prone to using various social media channels to gather information, this may be a bit much. Called the Fox News Deck Studio, the rest of video shows the month-long remodel is still in effect. The new name is designed towards viewers who are non-linear based on a report done by The Verge. Fox may think they are listening to their viewers and giving them what they want but why stick with outdated tablets and operating systems?

What do you think of this change? Leave your thoughts in the comments below. 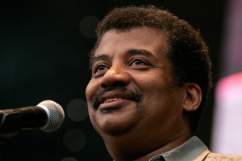