In the wake of the Bitcoin exchange Mt.Gox becoming insolvent, many tech insiders think that Bitcoin is destined to die in 2014. Here’s what you need to know.

1. Mt.Gox Is Closed For the Foreseeable Future

Earlier today, the Verge reported that popular Bitcoin exchange Mt.Gox had shut down. Mt.Gox is likely to file for bankruptcy.

The Verge quotes a Mt.Gox statement, and adds some speculation of their own:

“After going blank earlier in the day, Mt. Gox’s site is now displaying a brief message notifying its users that it has suspended all transactions.

‘In the event of recent news reports and the potential repercussions on Mt. Gox’s operations and the market, a decision was taken to close all transactions for the time being in order to protect the site and our users,’ Mt. Gox writes. ‘We will be closely monitoring the situation and will react accordingly.’

The exchange had previously only frozen transactions to send bitcoins to external addresses, while leaving the rest of the site operational. The new message seems to imply that Mt. Gox has some intention to reopen transactions eventually, though at this point it’s unclear what it’ll take for that to happen.”

Mt.Gox could possibly open up again at some date in the future, but this seems unlikely given how badly the site’s downfall has shaken the global financial community.

2. Analysts Believe Bitcoin Will Collapse in 2014

Even before Mt.Gox started having problems, many tech and financial analysts predicted that Bitcoin would tank in 2014. Business Insider recently ran an article about Byron Wien, a financial expert who believed Bitcoin would collapse in 2014.

The Washington Post had a different finance expert weigh in with their thoughts about Bitcoin’s future. Mark Williams, who teaches finance at the Boston University School of Management, told the Post that Bitcoin would lose almost 99 percent of their value, falling below $10 by June of this year.

3. Expectations For Bitcoin Prices Are Just Too High

The current Bitcoin crisis is nowhere near as severe as the 2011 one. If Bitcoin was going to die it would have done so then.

Last month, the Bitcoin news site Coindesk polled its readers. The findings were interesting. 56% of Coindesk readers believed that Bitcoin’s value would reach $10,000 this year. Those are high predictions, perhaps impossibly high.

The Bloomberg video above poses a simple question: Can Bitcoin bounce back after multiple hacks?

Between the recent $2.7 million Bitcoin heist from Silk Road and this week’s story about Bitcoins being stolen through a “Pony” botnet, cybercrime is really hurting consumer confidence in Bitcoin. Until the currency can be made more secure, the value is likely to keep dropping.

CNNMoney notes that Bitcoin was trading around $490 today. That is the lowest the currency has traded at since November of last year. As the Bitcoin community continues to combat cybercrime and broken exchanges, it seems almost certain that this currency will drop in value again before the year’s end.

2014 may be the end of Bitcoin, at least according to some experts. It’s up to Bitcoin users to prove them wrong. 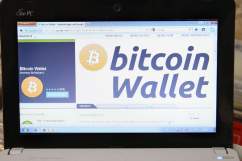