A new iPhone app called “Secret – Speak Freely” is zooming up the App Store charts. What is this app that everyone is so obsessed with? Here are the crucial facts you need to know to stay cool.

1. Secret Is an App For Confessions

Secret is a free iPhone app. You can view the iTunes page for the app here. It is a judgement-free, anonymous way to make personal confessions or share secret plans. It was developed by Secret, Inc.

2. Secret May Be Breaking Some Big Scandals and News Stories

Some big corporate secrets have allegedly leaked through Secret, though given the app’s anonymous nature, it’s impossible to say which, if any, of these confessions are real.

Complex reports that some of the tech world secrets being shared on Secret include a shady deal between Apple and Instagram to keep Instagram at the top of the charts, as well as a secret plan for Evernote to get acquired soon. However, TechCrunch believes that the Evernote confession is fake.

Who knows? In the coming months, this app may just start getting treated like a breaking news source.

3. Secret Already Has Some Competition: Whisper

Apps like Secret and this new one, Forever Not, seem to be starting a new trend in "Anti-Social Networking" http://t.co/dXVyEKXzhH

Secret and Whisper are two apps that basically do the same thing. The Wall Street Journal notes that these apps are starting a new anonymous app trend, which comes hot on the heels of the “ephemerality” trend of apps like Snapchat, Frankly and Telegram.

The WSJ adds that it only took one week on the market for Secret to make it on the Top 20 Social Apps on the App Store.

USA Today notes that there is one key difference between Secret and Whisper: the friend factor. Unlike Whisper, Secret lets you connect (anonymously) with friends.

4. Secret Could Help You Score Your Next Job

Should you really trust a 'secret' app to protect your secrets? http://t.co/NASmZ9o7d8

In a somewhat surprising twist, a man who posted a message on Secret later received a pile of job offers in response to his post.

“Ivan Kirigin, founder of YesGraph, a recruiting referral tool, tried an experiment on Secret, the anonymous gossip app: He pretended to be a mobile engineer with experience in iOS and design on Secret, and posted that he was looking to leave his startup.

The Palo Alto, Calif.-based developer got recruiting messages or suggestions from six different companies and one anonymous startup. The companies included Secret itself, Tumblr and Flickr.”

That kind of power shows that Secret is becoming a hugely influential tool in the business and tech communities.

TIME‘s Harry McCracken notes that, at least for now, Secret is extremely popular among the Silicon Valley crowd. McCracken adds:

“If people outside of the tech industry flood in, its personality will likely change. For one thing, civilians are less likely to use Secret to talk about Secret. I also shudder to think what teenagers might do to each other on a social network where they know their friends are reading, but they can’t be held responsible for what they say about each other.” 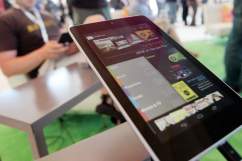