These days, Bitcoin is being used to purchase everything from sports tickets to sandwiches. The Bitcoin currency has been used to make some staggeringly large purchases over the years. Here’s a guide to some of the biggest Bitcoin transactions.

In November of 2013, Fast Company reported that someone had made a $147 million transaction with Bitcoin. The anonymous transaction totaled 194,993.5, with the Bitcoin-to-dollars conversion at the time being 1 Bitcoin to $729. Nobody knows for certain what was bought, but $147 million could buy you a lot of cool stuff.

In December of 2013, a Florida-based car lover used Bitcoin to purchase a Tesla Model S. The car sold for the Bitcoin equivalent of $103,000 (about 91 Bitcoins), according to Newsday. The buyer remains anonymous.

The Tesla buyer is not alone. A user on the BitcoinTalk forum posted pictures of a Porsche that they had purchased with Bitcoin, complete with “BITCOIN” license plate.

Bitcoin is being accepted for all kinds of real estate transactions these days. Fox News reports that a Las Vegas developer put his $7.85 million mansion on the market, and was willing to accept Bitcoin. Elsewhere in the US, Business Insider found a ranch house in the Hamptons that was on sale for the equivalent of $799,000 in Bitcoin.

But as for people actually pulling the trigger on a Bitcoin real estate purchase, the top honor has to go to Gregory Simon. Earlier this year, CoinDesk reported that Simon had used Bitcoin to purchase a plot of land in San Juan del Sur, Nicaragua. The plot of land is located in just minutes from the beach in Paradise Bay. Simon is keeping mum about exactly how much he paid for the land in Bitcoin, but he reportedly plans to use Bitcoin to finance the construction work on the land as well. International Living reports that beachfront property in Nicaragua can cost around $65,000. Factor in the costs of building a home from scratch, and Simon is positioned to make a serious Bitcoin investment in his new land.

The rich and famous tend to charter private jets, and Bitcoin millionaires are no exception. CoinDesk reports that UK-based private jet charter service PrivateFly.com allowed a passenger to charter a private jet flight from Brussels to Nice. CoinDesk estimated that the cost of the trip could have been as much as €34,260 (about $46,706; or 54.95 BTC at the time.)

But why rent when you could own? SkyCraft Airplanes now allows buyers to purchase a plane in Bitcoin. The SkyCraft SD-1 Minisport airplane costs “just under 80 BTC.”

Alright, this is a tricky one. Today, 10,000 Bitcoins would be worth around $7 million, according to Forbes. So it’s kind of funny to think that programmer Laszlo Hanyecz spent 10,000 Bitcoin to buy something as pedestrian as two pizzas.

Back when Hanyecz made the purchase in 2010, Bitcoin had a much lower value. If he had skipped the pizza and held on to his Bitcoin stash, he could have bought a lot more than two pizzas! 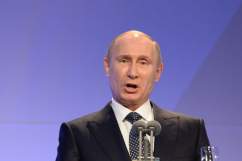