Apple and Samsung have been engaged in a long court battle over patents, but these two companies are also battling it out in the laptop marketplace.

Apple just released updated versions of their MacBook Air laptops. If you’re in the market for a 13-inch laptop, two of your best options are a 13.3-inch MacBook Air, or Samsung’s 13.3-inch ATIV Book 7. Both laptops are similar in size, and cost roughly the same. Here’s how these two leading laptops compare.

The 13-inch MacBook Air comes in 128GB and 256GB varieties, both with 4GB of memory. The ATIV Book 7 comes in a single variant, which has 128GB of storage and 4GB of memory.

In term of design and weight, the 13-inch MacBook Air is 0.68 inches thin, and weighs 2.38 pounds. The Samsung ATIV Book 7 is 0.74 inches thick, and weighs 3.64 pounds. The MacBook has the edge when it comes to portability and sleekness.

The biggest feature difference between the MacBook line and the ATIV line of laptops is the operating system. The ATIV line runs on Windows 8, while the newest MacBook Airs come with OSX 10.9 Mavericks. Choosing the right operating system for your needs is highly personal, but this comparison of Mac OSX and Windows from IT PRO may be of interest to you.

That being said, it is worth noting that Apple has designed the MacBook Air to have a lower environmental impact. It is PVC-free, and contains components that can be easily recycled.

The Lifehacker podcast episode above ranks a number of top laptop manufacturers.

The new-for-2014 MacBook Air is slightly cheaper, thinner, and lighter than the ATIV Book 7. That being said, the ATIV Book and MacBook Air are fairly evenly matched. The one big feature that the ATIV Book has over the MacBook Air is its touchscreen. Both of these premium laptops are solid buys, but those who want an ultra-portable laptop are likely to be tempted by the Air.

If you want to learn more about either of these laptops, you can check out their product pages below. 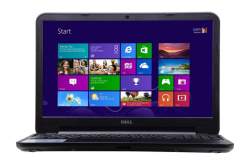 Read More
Apple, Laptops, Macbook, Samsung, Shopping, Technology, Windows, Windows 8
If you're in the market for a 13-inch laptop, two of your best options are a 13-inch MacBook Air, or Samsung's 13.3-inch ATIV Book 7.