Check out a review of the Android port of XCOM: Enemy Unknown in the video above.

XCOM: Enemy Unknown is a military strategy game with a sci-fi twist. It was ported to Android in late April. Research alien tech, generate military strategies, and lead your team into battle. If you like military or sci-fi themes, this is a must-play.

Doctor Who: Legacy may look like a typical match-three puzzle game, but it actually involves a great deal of strategy. Updated at the end of April, Legacy now includes a “perks” system that you need to strategically manipulate before each level, making the game a lot more appealing to strategy fans.

The update also added a ton of new content and characters. This game has a steep level of difficulty, giving it immense replay value. This game will appeal to gamers who like the strategic thrill of building and testing their teams.

Check out a gameplay video from Greed for Glory: Elder Magicks above.

Check out the gameplay trailer for this game in the video above.

WH40k: Storm of Vengeance is a lane strategy game. It is set in the world of the popular Warhammer 40,000 game series. In Storm of Vengeance, you must defend a planet using an army of space marines. The game was updated on April 30 with tons of new DLC and bug fixes, May is a great month to try this game for the first time.

Braveland tasks players with rising from humble birth to commanding their own army. Featuring tons of turn-based combat and a cute visual style, this game will appeal to strategy fans who like intense boss battles and deep customization. It’s a relatively new game that deserves to have more players. 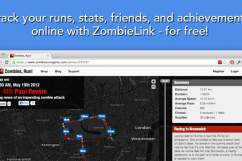