Learn more about the ins and outs of fantasy football in the video above from CBS Sports.

For a lot of fantasy leagues, the choice of where to host their fantasy football league comes down to one simple matter: price. Not everyone who enjoys fantasy football has deep pockets, and there are many leagues who want to play for free. However, some other players will prefer the perks that come with paid leagues. It’s a matter of what you and your buds are most comfortable with, and your preference might change from year to year because of your personal financial situation.

In addition to free play, ESPN has some additional fantasy football options for those who are willing to pay. Prizes include Best Buy gift cards, but you should know that participants residing in the following states may pay an entry fee and play, but are ineligible to win a prize: Washington, Arizona, Tennessee, Iowa, Louisiana, Montana and North Dakota. To join a prize league, the fee is $24.95. Discounts are available if you buy in bulk, so if you’re the kind of guy who likes managing multiple fantasy football teams, this might be the best fantasy football site for you

CBS Sports has a multitude of fantasy football options. In addition to free play (and free trials), there are a number of paid prize leagues. Here’s how it breaks down:

Yahoo allows you to play fantasy football for free. For those who want to join a Pro league, Yahoo charges an entry fee of between $20 and $250, depending on the type of league. You can sign up for as many Pro leagues as you like. Playoff payouts range between $20 and $1,250. Pro leagues appear to be coming soon.

That being said, one disgruntled player on the Yahoo! boards writes:

“‘Please check back, as Fantasy Football Pro Leagues are coming soon’ is a phrase I’ve seen so many times on Yahoo that I now know it by memory. What a farce! Message to Yahoo: Either get them going ASAP or announce that you won’t be having them. We’re all tired of waiting for you to get your act together.”

Above is an example of the Yahoo fantasy football interface. It’s very clean, but there are limited customization options compared to some other sites out there. However, the clean and minimal look might appeal to some players. Below, you can see the ESPN interface in the handy how-to video on drafting. To some, it is a bit dry, but that may appeal to some users who want to focus on stats and numbers, without the distractions that a more flashy interface can provide.

When it comes to phone and tablet interfaces, all three of these apps get high marks for usability and design. While their are some customization options available, not all of this apps have layouts that are pleasing to all tastes.

Here are some screencaps so you can compare these app interfaces for yourself, and see what your personal preference might be. If you don’t have a strong preference, consider asking the rest of your league which interface they like best. You might consider just showing them the interface, without telling them which is which, in order to prevent pre-judging.

Yahoo Fantasy Sports recently launched a major redesign of Fantasy Football. Check out the video above to learn more about how a more touch-friendly gameplay experience was created. If you didn’t like using Yahoo for your fantasy football team in the past, that might have changed thanks to the new design.

For a lot of fantasy football fans, a big part of what makes them favor one fantasy football site over the competition is a simple matter of tradition. If you’ve been playing with the same group of people on the same site for years, it is simply tradition to stay with the same site. After all, the league archives for your crew are all already on one site, and changing sites might mean that you lose your records (and your bragging rights.)

It’s also worth remembering that CBS Sportsline and the NFL were early partners in the realm of fantasy football. The ties between CBS and the NFL run deep, and that partnership gave CBS and their fantasy sports arm a lot of street cred. For many fantasy football fans, sticking with CBS (or starting a fresh league with them) just feels right. Plus, they’ll send you a relatively inexpensive draft board (with free shipping.)

Ultimately, your own existing league traditions might supersede any thought of price, perks, or special features. However, if you have the liberty of starting a new league this year, you might not have any traditions to limit your options.

In the video above, the King of Fantasy Football shares his secret to drafting a championship-caliber team.

ESPN is interesting because you can parlay your success in fantasy football, as well as all their other fantasy sports games, into success at the ESPN Winner’s Circle. You can redeem your points for exclusive merchandise. Some of the other features on ESPN’s fantasy football site include live and mock drafts, live scoring, and a great community (especially when it comes to roster talk). Additionally, ESPN claims to have the “most customizable free game out there.” Another mark in ESPN’s favor is the sense of fun that pervades the brand, as you can see in the ESPN fantasy football promo video below.

Notable features at the CBS Sports fantasy football portal vary by league type. Some of the most appealing features include customizable scoring, flex positions, custom polls, and a trade evaluator. You can see a handy chart that breaks down all of the various CBS league features right here.

There are many new features in Yahoo’s Fantasy Football for 2014. These new features include the ability to draft or mock draft 24/7 from your phone or tablet. Auctions are now supported on both Android and iOS. There’s also a new stat category for first downs, as well as updates to the Edit Pre-Draft Ranking tool. Additionally, there are conditional waivers, which allow you to set priority for multiple claims on the same player.

Check out the video above to get some awesome Draft Day tips.

There a lot of considerations at play when choosing between these three sites. You’ll want a site that offers the right blend of features, interface, perks, and price. ESPN, CBS Sports and Yahoo all offer great fantasy football experiences. Ultimately it comes down to the type of player you are…and also what your friends are looking for in their league experience. All three of these sites are solid choices, and you can’t really go wrong with any of them. Consult with the rest of your team, weigh the pros and cons, and try to come to a consensus you can all be excited about. Ultimately, the site where you play fantasy football isn’t as important as the people you choose to play it with. 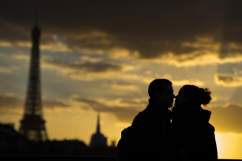