A new type of digital cryptocurrency has launched. Known as INNCoin, this currency is backed by gold. Here’s what you need to know.

Learn more about AnthemVault in the video above.

Reuters reports that the people behind the launch of INNCoin are precious metal dealers. The company behind INNCoin is Anthem Vault Inc., which is based in Las Vegas. The company vaults are located in Salt Lake City.

“It should make gold more acceptable as a form of currency by combining its appeal as a store of value and a much more efficient medium of exchange,” Anthem Blanchard, chief executive of AnthemVault, told reporters.

2. INNCoin Will Consist of 10 Million Coins

10 million INNCoins will be released into the wild over the course of the next 12 months, with the final INNCoins going into circulation around July of 2015. The currency is backed by 100 grams of gold. 100 grams is the equivalent of three and a half ounces.

According to a press release on Businesswire, you will need to create an account on the AnthemVault website:

“An Anthem Vault account is free to create and there is no obligation to make a purchase. Creating an account is currently the only way to obtain an Anthem Vault MGC wallet to hold this new crypto-currency. Each AV wallet also contains mining software to allow even the most novice user the ability to download the wallet and mine / produce MGC’s right from their computer.”

Part of the reason that the gold-backed INNCoin is so potentially appealing is because of the confidence that is inherent in the gold standard. The launch of INNCoin comes after the fall of Mt. Gox, a notable Bitcoin exchange. Some members of the Bitcoin community are interested in creating “regulated” Bitcoin exchanges in order to protect their investment.

The hope is that gold-backed INNCoins will appeal to those who are skeptical about cryptocurrency. AnthemVault notes on their website that their gold is fully insured by Lloyd’s of London against loss, damage, or destruction caused from theft or natural disaster.

According to the company website, AnthemVault was launched just a few years ago. The company was founded in 2011 by Anthem Blanchard, who previously worked as Director of Strategic Development and Marketing with GoldMoney.

Blanchard’s father, James U. Blanchard III, was one of the men famous for making it legal for Americans to own gold. Under the Gold Reserve Act, Americans could not legally own gold between the years 1934 and 1975.

According to a press release on Businesswire, Newnote was instrumental in launching INNCoin:

“As one of the leaders in the crypto-currency sector, Newnote specializes in the custom development of virtual currencies based on the criteria and specific needs of its clients. Newnote can be retained to develop new digital currencies which include a full range of utilities such as Linux, Windows, Mac OSX and Android Wallets and Block Chain ledger for tracking transactions.” 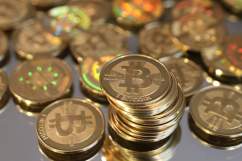