A new app called SketchFactor aims to help users avoid “sketchy” neighborhoods. Some say this app is helpful for travelers. Others claim the app is inherently racist. Here’s what you need to know.

SketchFactor helps users to identify bad or dangerous neighborhoods. The app gathers data from users to help make these determinations. At this time, SketchFactor is only available on iOS. Here is the App Store description of SketchFactor:

“SketchFactor is a crowdsourced navigation app that shows the relative sketchiness of an area.

Ever experience something sketchy? Add it to the map.
Want to avoid harassment? Tired of being profiled? We’ve got you covered.

Get to where you need to go in the least sketchy way possible. Join the movement: Sketch Be Gone!”

You can download the app here, if you want to check it out for yourself.

2. Critics Say This App Is Racist

My faith in humanity now hinges on the failure of the #SketchFactor app. Implications & consequences of success are gross. @sketchbegone

Some tech sites are calling SketchFactor a racist app. Valley Wag calls SketchFactor a “racist app,” adding that the app might be “unstoppable in the field of smartphone race-baiting.”

Other critics, including one writer for Vanity Fair, wonder how to best use this app in the moment:

“Let’s say you do, in fact, find yourself in a sketchy, unfamiliar neighborhood. Is taking out a phone and reading user-submitted reviews of your immediate surroundings really the best course of action? Isn’t that like eating a bad bite of sushi, and only then reading Yelp reviews for the restaurant you’re already seated in?”

3. SketchFactor Was Made by White People

Is the the look in the eyes of that Park Slope toddler giving you the willies? Try @sketchbegone… http://t.co/5LiIUqoeHH

Valley Wag adds that SketchFactor’s co-founders, Allison McGuire and Daniel Herrington, are both white. For some, this adds fuel to the allegations that this app has some racial undertones. Valley Wag adds that the very term “sketchy” is basically just “the term young white people use to describe places where they don’t feel safe because they watched all five seasons of The Wire.”

In a December blog post entitled “Incidents Not Feelings,” the SketchFactor team clarifies the purpose of their app, and states that the app is not meant to be racist:

“SketchFactor is about reporting incidents not feelings. Of course, feelings are associated with most sketchy incidents (e.g. I was mugged and I feel very scared now), but sketchy reporting is not based on feelings alone.

Who we’re not: racists, bigots, sexists. Any discriminatory posts will be deleted.

People who look different than you are hanging out in your neighborhood? Doesn’t make it sketchy. Said people are harassing you? Report it.” 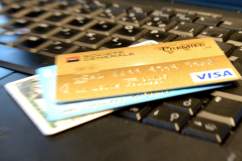 Crain’s reports that SketchFactor was a finalist in the NYC BigApps competition. This a city-sponsored competition was designed to create tech tools that improve the quality of life for New Yorkers.

“Even though Dan and I are admittedly both young, white people, the app is not built for us as young, white people. As far as we’re concerned, racial profiling is ‘sketchy’ and we are trying to empower users to report incidents of racism against them and define their own experience of the streets.” 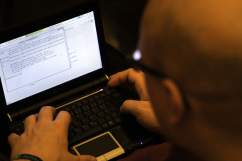