YouTube is offering a new music subscription service called Music Key. Can it rival the other music services out there already? Here’s a guide to this new music service from YouTube.

According to Android Police, who broke the story, YouTube Music Key “will offer ad-free music, audio-only playback (for background or screen-off listening), and offline playback.” Android Police adds that new users will get a 30-day free trial to start, with the regular cost of the subscription service being $9.99/month.

2. Google Play Music All Access Is Also Getting a New Name

3. The Launch Date of YouTube Music Key Is Unknown

It is not yet clear when Youtube Music Key will open for registration. NBC News reports that “earlier reports hinted that the Internet giant was having trouble getting licensing and royalties sorted.” It is possible, though not certain, that the service could launch before the year is out.

According to the Guardian, YouTube Music Key will offer users the ability to enjoy 20 million different songs and videos, including concert footage. Covers and remixes will also be included in the cost of the subscription, alongside the official discographies of selected artists.

According to the Daily Mail, “independent artists who have not agreed to new deal terms will have their videos blocked from all YouTube sites.” The same report says that YouTube has already reached agreements with Universal Music Group, Sony Music Entertainment, and Warner Music Group. 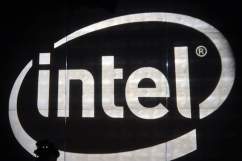