During Apple’s huge reveal of the iPhone 6 and iPhone 6 Plus, some news regarding these new devices and their future mobile gaming initiatives were mentioned. One of the 1st mobile video game developers to make their presence felt during Apple’s iPhone 6 livestream was Super Evil Megacorp.

Here’s what you need to know about this mobile gaming company and how their work will impact the iPhone 6 and iPhone 6 Plus gaming landscape.

Stephan Sherman, the co-founder and CCO of Super Evil Megacorp.

Stephan Sherman, the co-founder and CCO of Super Evil Megacorp, made an appearance during the Apple iPhone 6 event to speak about his company’s plans to bring their new game onto the device. This mobile title is a MOBA titled Vainglory, a game that will make good use of the iPhone 6’s new capabilities and refined touch controls.

The iPhone 6 and iPhone 6 Plus will both be powered by an A8 chip, which has been developed by Apple. The A8 chip will contain up to 25-percent faster processing power and produce even better looking graphics.

2. Vainglory is Their Next Big Game

Vainglory is the next big mobile video game release to come from Super Evil Megacorp. The MOBA (Multiplayer Online Battle Arena) genre has gotten immensely popular thanks to titles such as Dota and League of Legends. Vainglory looks to adopt those two game’s popular mechanics and offer console worthy graphics on a smartphone/tablet device. Check out the 1st trailer released for the game above.

3. Vainglory is Preparing to Launch on the Apple App Store in October

On Super Evil Megacorp’s official Facebook fan page, the company released a bunch of details regarding the rollout of their newest game Vainglory:

Today is a big day for our Evil Team as we’re making four big announcements:
1) We will start the global rollout of Vainglory on the Apple App Store in October!
2) Vainglory will be supporting Apple’s new iPhone 6 and Metal tech.
3) VaingloryFire, the new builds & guides site, goes live today! And yes, it’s powered by MOBAFire, the largest MOBA player community in the world, with over 12 million monthly users.

To coincide with all these news developments on Vainglory, Super Evil Megacorp released a new trailer. You can check it out above.

5. Several World Class Investors are Involved with the Company’s Board of Directors

Super Evil Megacorp’s official website notes that its gaming development is backed by several big-name investors that are directly involved with their Board of Directors: 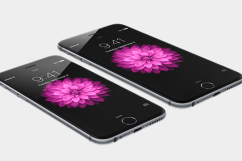 iPhone 6 Plus: 5 Fast Facts You Need to Know