There are multiple rumors flying around that U2 will have something to do with next week’s iPhone 6 launch. If these rumors are true, it wouldn’t be the first time U2 joined forces with Apple. Here’s what we know so far.

1. Rumors Say the iPhone 6 Will Be Preloaded With U2’s New Album

Lots of rumors in the #U2 world that a new single will be out when Apple introduces its iPhone 6 on Sept. 9…

Mac Rumors has rounded up several different rumors about U2’s possible involvement with the iPhone 6. One of the most interesting is that the new iPhone 6 might come with a new U2 album preloaded. This wouldn’t be an entirely unprecedented move for Apple: back in 2004, the company released an iPod preloaded with U2’s album “How to Dismantle an Atomic Bomb.” 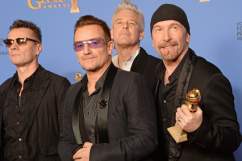 U2 & Apple Launch Event: The Photos You Need to See

2. U2 Might Have Filmed a Video for the iPhone 6

Looks like @U2 new album maybe preloaded on to iPhone6. The focus of the "video" on the bridge last week was a phone pic.twitter.com/CUY4rKTSM9

The image in the tweet above was taken during a secretive video shoot in Dublin. The video shoot may have been for the iPhone 6, a supposition that Mac Rumors seems to share. The shoot involved black masking that was strategically placed to block off certain views.

3. U2 Has Worked With Apple Before

U2 has been involved in a surprising number of Apple commercials and product launches. The video above showcases an iPod commercial with the band playing “Vertigo.” Apple even released a special edition U2 iPod about a decade ago. Apple’s longstanding collaborations with the band lends credence to the idea that U2 will be involved with the iPhone 6 launch in some way. Check out the video below to see Steve Jobs introduce the U2 iPod.

4. Apple’s Mystery Structure Could Be a Stage for U2

Learn more about Apple’s mystery structure in the video above.

Apple fans have been wondering what the mysterious structure is at the Flint Center for the Performing Arts at De Anza College in Cupertino. Apple is reportedly building a special structure at the site, which some insiders think might be a performance stage for U2. Mac Rumors notes that the Flint Center is an important location in Apple history, as it is the place where Steve Jobs debuted the original Mac computer. 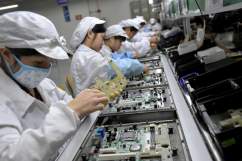 5. The iPhone 6 Launch Is Set For September 9

The iPhone 6 launch event will take place on September 9. Most tech insiders agree that we will see the iPhone 6, but what else Apple has in store is a matter of contentious debate. Some people think the iWatch will make its debut, while others think it’s more likely we’ll see two iPhone 6 variants during the event. The iPhone 6 is rumored to be available in both a “phone”-sized and “phablet”-sized version.