iOS 8.1 is here, but not everyone is a fan. Check out the video above to see how one guy was able to downgrade from iOS 8.1 to iOS 8.

Note that while the guy in the video above is downgrading from a beta version of iOS 8.1 to iOS 8, the method he uses should also work for users who have the official version of iOS 8.1. Do not, however, that any attempt to circumvent Apple’s iOS practices can carry the risk of damaging your device.

Use caution and only download IPSW files from sites that you trust. Otherwise, you might download a corrupted file that could brick your phone or endanger your online privacy. Careful research is the key to finding the right IPSW file, so check forums or friends for recommendations about obtaining the right file.

It’s always a good decision to back up your device before installing a new version of iOS. Same goes for rolling back to an old version of iOS. Just to be safe, you should create both a fresh iCloud backup, as well as a manual backup. Make sure to make a note of your password if you are creating an encrypted backup.

Do note that if you choose to downgrade from iOS 8.1 to iOS 8, you will lose a lot of functionality. In addition to missing out on some cool new Continuity features that benefit OS X Yosemite users, you’ll also lose the ability to use Apple Pay. To use Apple Pay at the register of your favorite store, simply hold your iPhone near the contactless reader with your finger on the home/Touch ID button. Your phone will vibrate and beep to let you know that your payment has been accepted. Apple Pay is accepted at thousands of retail locations nationwide. 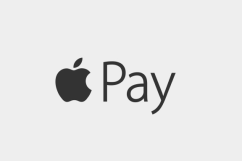