The holiday season is here, and people are cheerful and positive about almost everything, except in the gaming world, of course.

It’s natural to get frustrated around this time of year, and a new game development company has decided to take out their anger on President Barack Obama, Angelina Jolie, Justin Bieber and others… sort of.

Smack a Celebrity, an Android game developed by the aptly named Smack Host Game Company, is the first release from the developers, and they’re out to help people vent their frustration with the stars of TMZ and grocery-store tabloids.

The premise is pretty simple: Pick a celebrity and smack them around.

But the game is not quite limited to only “smacking” celebs. Users can take a baseball bat, crowbar, hatchet and other weapons to beat the crap out of the famous people they truly dislike.

The biggest star of the show is “Barak O’Mama,” can you tell who that’s a parody of? You can also choose to beat up “Clara Loft,” “Rony Tomo,” “Jus-n-Beaver,” and other cleverly named parodies of mainstream celebrities.

While the game’s description insists it was made in good fun, the brutality escalates pretty quickly, and characters’ injuries stack up into somewhat gruesome territory.

When gamers use their dexterity to full potential, they will rack up thousands of points for leaving the celebrity of their choice beaten, bloodied and hardly recognizable.

Because of obvious copyright reasons, the characters are heavily exaggerated caricatures, but the names and artwork make it pretty easy to identify who you’re beating up. 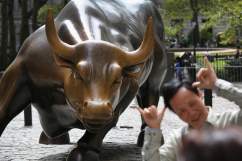 Smack a Celebrity might lack a little depth for hardcore gamers who are looking for a game with a bunch of strategic elements, but that’s not why this game was created.

According to the founder of Smack Host Game Company, who asked to remain anonymous, the game was made to serve as an outlet for people who are sick of seeing the same celebrities on TV, magazines and on social media.

“To be honest, I just got so tired of seeing talentless celebrities and lying politicians everyday on TV and in every magazine in the grocery store,” said the game’s creator. “The way I see it, if I can’t escape their stupid faces no matter where I go, I might as well have an outlet to beat the crap out of them for annoying me!”

For people who are looking to share their beatdowns with the world, Smack a Celebrity is integrated with Kamcord, which gives gamers the ability to share videos on YouTube and other social networks.

Google Play labeled Smack a Celebrity with the “High Maturity” rating, likely because it deemed the app to have “frequent instances of graphic violence.”

Despite the brutal nature of whacking someone with a hatchet or other weapons, the developer pointed out the game was made in the spirit of entertainment, and the company obviously doesn’t advocate any real-life violence.

You can download Smack a Celebrity for free here. 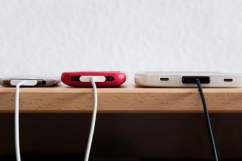