Welcome to the new year, gamers. For all Android smartphone and tablet users out there, we know it’s been a good while since we’ve clued you in to the best games on the Android App Store. With the 1st month of the new year underway, there’s a good number of great games floating around that you’ll want to play. The five games that we’re listing here are five of the best free games you’ll most certainly want to play.

The developers behind Injustice: Gods Among Us and Mortal Kombat have lent their talents to creating a pretty cool WWE mobile fighting game. Superstars such as John Cena, Brock Lesnar and The Rock have been transformed into over-the-top, mystical warriors who engage in fierce battles. The fun of this game comes from its three-on-three team battles, constant unlocking and level progression of WWE characters and watching the fantastic signature moves of your awesome roster. WWE fans and fighting game fans will fall in love with this fantastical fighter. 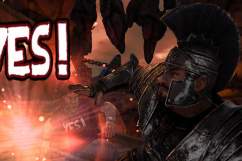 Anyone out there remember Frogger? This free arcade-esque mobile game is similiar in playstyle to that arcade classic. What separates Crossy Road from its successful predecessor is its col retro-styled visuals, innovative takes on classic stage layouts and abundance of playable levels. The retro playstyle and cutesy characters will push you to get across those dangerous roads and rivers 24/7. 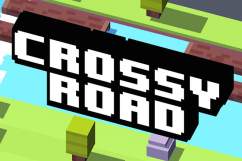 For those lovers of MineCraft, this exclsuive Android smartphone/tablet-enabled version of the game will please you. The same addictive building elements that have taken over the world via MineCraft are present in MultiCraft II – Free Miner. You’ll spend countless hours staring down at your screen as you put together intricately designed buildings and fend off the baddies that try to end your existence at night. 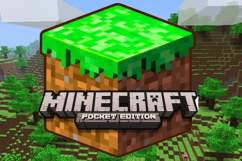 For simulation game fans, Shipwrecked: Volcano Island provides the sim experience you’re all looking for. You’ll have to command your stranded characters as they navigate an uncharted island and discover the mysteries surrounding this location. There’s lost treasure to find and plenty of buildings to construct in order for you, your crew and your female companion to survive. The addictive nature of this pirate-themed sim will grab you for hours on end.

Our final free game on this list is once again targeted at fighting game fanatics. You’ll head into the ring with your chosen boxer and compete in a series of visually appealing bouts. You won’t be embarrassed to play this game in front of Fight Night fans, since this game features the type of respectable visuals they love. The tough fisticuffs and fun matches of this game will make you into a mobile boxing champion in no time.