Google Glass is being pulled from the market. TechCrunch reports that Google Glass, at least in its current form, will not be available from Google after January 19. TechCrunch reports that the current version of Google Glass will continue to work after that date, though official software updates are unlikely. It’s probably safe to assume that your favorite Glass apps will also be unlikely to get regular future updates. You can buy Glass through the Google Play store. After January 19, you will still be able to find Google Glass and Google Glass frames through third party sellers like Amazon or eBay.

Google Glass was interesting technology, but it never really took off with consumers. Part of that reluctance to adopt glass was due to the high price of Glass ($1500), though the creation of the term “Glasshole” to refer to Glass wearers didn’t exactly help, either. In addition, reviews of Google Glass have been decidedly mixed. That being said, many tech fans are intrigued by the concept of Glass, and would be open to trying a similar device. Looking for a viable (and cheaper) alternative to Glass? Check out these interesting devices.

Featured on Laptop Mag’s list of the best Google Glass alternatives, the Optinvent ORA system basically consists of a pair of spectacles, a camera, and a trackpad. The device runs Android 4.4 (KitKat), and the camera is a respectable front-facing 1080p 5 mega-pixel affair. It has a motion sensor and wireless connectivity, and can be used for augmented reality applications. It has a battery that should run for about seven hours before needed to be recharged. It’s cheaper than Glass, which makes it even more appealing.

Also featured on ReadWrite‘s list of “face-saving” alternatives to Glass, the Vuzix M100 comes in both white and grey color options. The camera is comparable to the Optinvent ORA, and you can use Bluetooth to pair this device with your Android tablet or smartphone. The onboard memory is a bit limited, with a max expansion of 32GB. You can store video or image on the device, or stream it live over the web. And if you’re the kind of person who is always getting lost, you might appreciate the integrated head tracking and GPS system on this device, which can use the direction and angle of your current view to help you get oriented. 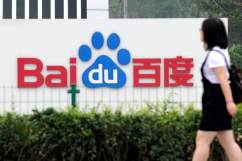 Maybe you were interested in Glass, but you wanted something with less functionality. If you only ever see yourself using a Glass-like product to watch movies privately, then a set of mobile theatre glasses might be more your speed. Plus, they cost a fraction of what Glass does. One option to consider when looking at personal media glasses are these specs from Chinabay. While they do make you look a bit like Geordi LaForge, the glasses offer you a way to privately watch a movie without annoying people around you. The video glasses are a bit low-res, but they will let you watch movies in .avi, .mpeg, or .flv formats. In addition, you can look at photos in .jpg, .bmp, or .gif formats, or enjoy audio or ebooks. There’s a microSD card slot so you can easily swap out if you want to look at different media. However, the battery life is a bit limited at four hours. 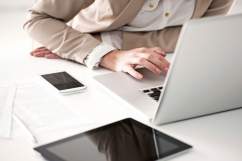 What’s the Best Tablet for Business in 2015?

Epson is arguably best known for their printers, but this tech company has also released their take on the Glass technology. These smart glasses produce the illusion of watching a movie on a “floating” 80-inch screen. They will work right out of the box with most Android apps, and the control unit also runs Android, making it easy to pair with your Android phone. You can use this heads-up display to enjoy 2D or 3D images. Do note that some users have reported that these glasses have fit issues, either pinching the bridge of your nose or sliding down your face while you wear them.

It may not have most of the same functionality as Google Glass, but Google Cardboard is something that will appeal to Google fans, or anyone who wants a cheaper way to enjoy the “futuristic” headset trend. At the end of last year’s I/O, Google introduced Google Cardboard, a simple cardboard “goggle” kit that lets you watch YouTube, go on a virtual tour of a foreign locale, or check out Google Earth. You can build a Cardboard kit yourself, or buy a kit online. One Google Cardboard kit we like comes from I AM CARDBOARD, which makes versions with or without NFC. The kits come in multiple color options, which is a nice bonus. This is the perfect alternative to Glass or VR technology for people who are totally broke, or on the fence about how appealing this technology will be to them.

Price: $19.99 and up, depending options selected 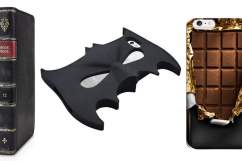