The racing genre across all Android mobile platforms has been filled with a great number of 2D/3D racers. For the shortest month of the year, we took a look at five quality mobile racing games that puts you behind the wheel of the automobiles you dream of driving. Hop into your mobile ride and take a few laps around the track with these top five best new Android racing games. The speed demon that exits within us all should be satisfied after a few playthrough’s of these titles.

Daytona Rush replicates the breakneck speeds and nail biting action of the Daytona 500. This mobile racer also acts as an endless runner, so you’ll have to keep a close eye on your ride as you go for an infinite track run. You’ll have to pass rival cars, bump some off the road, collect cool power ups and refill your gas tank for more action. Go as far as possible, purchase/upgrade new vehicles and rule the Daytona Rush track. 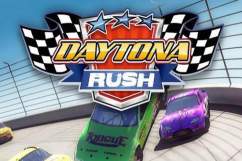 For fans of Crazy Taxi, this similiar mobile title replicates that fast paced experience. Taxi Driver Mania 3D is packed with the features these types of racers are celebrated for – a great selection of taxi rides, balanced car mechanics, huge replay value due to the day/night cycle and plenty of busy traffic to drive you crazy. One of the cooler mechanics of this title is how you’ll have to pursue non-paying customers who leave you high and dry after using your services.

This racer does thing a bit differently by placing you in the role of a transporter. Your goal in FATAL Driver GT entails taking control of slick looking automobiles, picking up dangerous packages and delivering them to their chosen destination. You’ll reach high speeds and continuously dodge other cars on the road during your transportation missions. You’ll probably get some Fast & Furious vibes from this intense racer.

Our next selection moves away from the clear open road and instead drops you onto the rough and rugged terrain. ULTRA4 Offroad Racing features seven cars that are modeled after real-life trucks, which means they way they control and feel are super realistic. You’ll have to be careful during your course runs through this game’s offering of forests and deserts. The replay value is high here, so you’ll have a fun time conquering each race on the dirt road to off-road greatness.

Rally Racer 3D is a pretty simple yet surprisingly fun mobile racer. The mechanics are easy to wrap your head around – select your ride, set your preferred control sensitivity to its best levels, pick your 3D ride and try to net the best times possible on several tracks. This title gives players plenty of get accustomed to, a good number of tracks to drive all over and the type of controls you’ll learn to master while you race against your buddies’ best finish times. 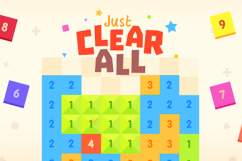