The action games section on the Google Play store is home to a bunch of classics in the making. For the month of April 2015, several new titles from this popular gaming genre have arrived with AAA-visuals and gameplay. This month’s top five best Android action games gives you the chance to act out your dreams of being a space warrior, famed tomb raider, mystical warrior and more. Hop into the fantastical worlds featured in these mobile games by checking out these awesome Android action games.

You’ll find out how awesome this game is once you sit through the opening moments of the prologue cinematic. You’ll take control of your powerful warrior while packed inside a mobile robotic battle suit. The alien species that look to rip you to shreds will probably never get a chance since your character is a hack and slashing machine. The God of War and Devil May Cry inspired gameplay present within this release will endear it to fans of both franchises. You’ll have a grand old time as you mow down everything in your way with flashy combos and evade their advances.

The 1st Tomb Raider released on a bevy of consoles back in 1996 and changed the landscape of action/adventure games. Now that we have arrived in 2015, Android mobile devices are powerful enough to run past games that were available on early to late 90’s consoles. Lara Croft’s 1st adventure has been ported to Android devices and it looks and feels pretty great. The epic stages, tough puzzles and intense standoffs with intimidating beasts are all present here. You can enjoy this port even more with the use of mobile game controllers, too.

The cuter versions of your favorite Marvel characters pop up in this mobile beat ’em up known as Marvel Mighty Heroes. Super recognizable heroes such as Spider-Man, Thor and Hulk join up with heroes only known by the hardcore comic book fans. Are you dying to smash some heads with Doctor Strange, Captain Marvel, Star-Lord and more? This multiplayer brawler allows you to live out your Marvel hero dreams. The gameplay is fast and frantic and the upgrading mechanics tied to each hero will keep you busy. Someone’s gotta stop Venom and those other Marvel baddies. That somebody has to be you. 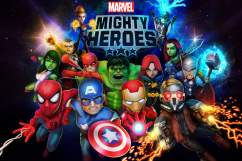 As far as mobile dungeon crawlers go, Taichi Panda is one of the best out there. Goblins, pandas and bandits fill up the 3D world that you’ll crawl around and do battle in. The fast moving combat is played from a top-down perspective, where you’ll take control of four separate avatars. Fans of Diablo and Baldur’s Gate will certainly enjoy the content offered here. Real-time multiplayer is offered in co-op and PvP arenas, which adds on more content to the grand adventure featured in Taichi Panda.

History buffs will enter Frontline Commando: WW2 and live out the real-world events that took place during this war. You’ll take on the role of a soldier tied to the Allied Forces and carry out your missions during the German campaign. You’ll get awarded with a huge arsenal of guns, cut down primary and secondary targets and obliterate massive vehicles along the way. The graphics are pretty impressive, so you’ll never get tired of watching slow-mo kills and explosions pop up everywhere. 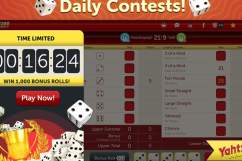