Now we have arrived at our final lineup of great mobile Android games for the month of April 2015. It’s about time we take over the road and put your motor skills to the test with these listed titles. We have a pick that was a huge indie game release back on home consoles, which has been perfectly ported over to Android devices. Here are the top five best new Android racing games of April 2015.

Joe Danger – First Look (Android Gameplay)★ Want to promote your app? or your game? ★ Contact: goo.gl/TVh5js Download: play.google.com/store/apps/details?id=uk.co.hellogames.jdtouch Description Joe Danger, the multi-award winning smash hit, wheelies on to your Android device!Wear the cape of the World’s Most Determined Stuntman, and take your trusty motorbike on a wild ride from zero to hero! Praise for Joe Danger: ** “Joe…2015-04-20T19:00:04Z

Joe Danger has been out since 2010 and its practically been ported over to everything and anything that plays video games. It’s about time this racer/platformer hybrid became playable on Android devices. For those of you gamers out there who have been living under a cave, this stuntman racer lets you control a mini daredevil. You’ll hop onto various tracks, collect tons of goodies, perform cool stunts and complete all the missions offered to you in its colorful stages.

You’re probably still on that high-speed…well, high after watching the latest Fast & Furious film. If you’re looking for a mobile game experience similiar to what you watched on the big screen, Furious Racing is it. The cars all look incredible and you can customize them to your heart’s desire. The motion tilt and onscreen brake controls makes handling your cars less of a headache, so you’ll enjoy your time spend racing through the dark city streets.

Asphalt Racing: Furious Fast features fun, lane to lane driving with heavy doses of high impact crashes. The physics behind this mobile racer evoke those feelings of reaching a maximum speed, so you’ll love hitting those top speeds. The in-game visuals look good enough and there’s a lot to enjoy as you hop into your collection of eight cars.

Hop out of those automobiles for a second and straps yourself to a motorcycle. Extreme Traffic Motorbike Pro places you into an open world as a badass biker, so you’ll have to use your motorbike skills to complete all manner of missions. You’ll feel like you’re playing a miniaturized rendition of a console open-world game as you take your vehicles everywhere and anywhere.

This 3D mobile racer takes its physics seriously as you drive around a trippy fun house stage. The vehicles available for play in this game feel like your own personal array of Hot Wheels toys. You’ll drive ’em all up ramps, through airborne pipes and around loop de loops. The young ones might have a more fun time with this pick. Your mobile trucks are sure to entertain you during your stunt track festivities. 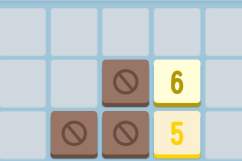