Arcades are where the original gamers were born. There’s nothing like the feeling of plugging coins into a worn-down machine with sticky controls and trying to get the high score. You don’t have to fight 12 year old kids to get a next turn while your shoes stick to the floor. Play arcade games from the comfort of your own couch. Go ahead, pour yourself some soda and try to get the high score.

If you’ve never played Jetpack Joyride, you are really missing out. Play as Barry Steakfries as he tries to escape a lab on a jetpack. The mechanics of the game are easy, just tap the screen to go up or down and avoid rockets the scientists are sending at you. Collect the coins along the way to upgrade your jetpack and fly faster and higher. This side-scrolling game seems easy but completing missions to level up can be difficult. Add upgrades to pull in more coins or block anything trying to stop you.

Jaws Revenge gives you the chance to be the bad guy. Play as the shark to take down anything from fish to divers to hangliders that stand in your way. The game gives you certain missions to complete before you hit the check mark. This can be anything from doing eight high jumps or eating six surface swimmers. The more missions you complete the more shark teeth you’ll get that you can use later to level up and upgrade your shark. Cause more damage and eat as much as your shark stomach will allow. 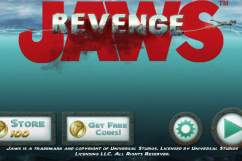 How to Use Jaws Revenge Arcade Game

You play a penguin in this sidescrolling game who is being chased by a polar bear. Slide on your belly and soar through the air before he catches up to you and turns you into a snack. Simply hold down to slide and release to sort of fly at the top of the hills. The more speed you get the further you’ll soar. Move through a series of different levels in various areas to become the penguin master of the world. Turns out penguins love sliding on sand in the Sahara. Collect fish along the way to buy upgrades later in the game. 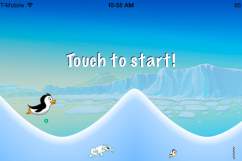 How to Use Racing Penguin Arcade Game

Zombies have risen and you’re the only survivor you can see. It is up to you to fight back and survive in this scary and exciting game. It’s a first-person running game where you see how many meters you can make before you’re caught by a zombie. Choose to either tap the screen or tilt the phone to avoid the undead and find crates with prizes in them. Collect ammo and guns to get the walkers out of your way so you can make it to safety. Work to beat your high score and collect more coins to upgrade your weapons or even add different kinds of zombies. 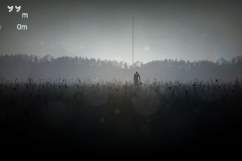 How to Use Into the Dead Arcade Game

As the title suggests, Gran is very angry and is has just broken out of the Angry Asylum and she needs your help to run to freedom. Help her run, jump and slide to avoid obstacles and bash the punks that are trying to stop you. Collect coins to buy crazy costumes and faster runners for Gran, and grab all the letters in Madness to receive an extra prize at the end of your run. The further you go the more insane things you’ll run into like dinosaurs and aliens. Don’t let them stop you from achieving your goal of angry freedom.

Read More
Apple, Apple Apps, Apps
Relieve your childhood with these easy and free arcade games for iPhone. Run, jump and shoot your way around all five.