Sports are fun to watch and fun to play but not everyone was blessed with the ability to run and catch a ball, and that’s where the time honored tradition of sports video games comes in. You can skate, jump, hit and throw just like your favorite athletes without putting pants on or spending a dime. All you need is an internet connection and hand-eye coordination. Download any of these from the App store and you’ll feel like an Olympian in no time. Sports!

You didn’t think Madden wouldn’t get in on the app game, did you? Pick your favorite team, trade for your favorite characters and run plays just like you would in a real game. Just like in a real team, they won’t throw you into a game without some training. You will start the game by learning how to run and pass. The controls take a little while to get a handle on but once you do you’ll be able to learn more complicated plays. Bring your fantasy team to life by buying your favorite characters from all different teams. Play against the computer or connect with Facebook to play against your friends. Because this is an app, it will update with real time NFL news about certain teams and players. Control everyone from the quarterback to the kicker. Suit up and get ready to play.

How to Use Madden NFL Mobile Sports Games

One of the fastest growing sports is UFC. Now you can virtually get involved without getting hurt. Pick your fighter and begin training. Along with the standard dodging and hitting, each fighter has special skills that will be improved the longer you fight. Use small hits until you a fill up a meter where you can take someone down. Get your opponent on the floor until you can put them in a submission hold and eventually win the match. One of the most exciting features is the live events. Play along during an actual match to earn rewards. The graphics on this game are intensely realistic, you can even see sweat and blood. It is the best way to enter the octagon and get up close and personal with the action. 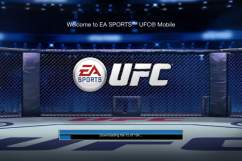 How to Use EA Sports UFC Sports Game

Nothing says summer like baseball, and nothing says not getting skin cancer like staying inside and playing. Real players and real teams come together to make the most realistic baseball game for a phone. You can play League Mode where you play a season with your team, friendly mode where you play against the computer or homerun mode that is like a homerun derby. Go through the tutorial to learn how to swing a bat and catch a ball, or skip ahead to a game. Begin by getting cards with players on them to start your team. The more you play, the more cards you get and trade. This is the free version but you can pay $2.99 for the premium one, which has faster trades. 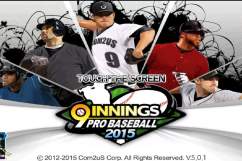 How to Use 9 Innings: 2015 Pro Baseball Sports Game

Some have said that soccer is boring to watch, but it is exciting to play. Become a manager and pull your favorite players from all over the world. If you don’t have time for a full game, play a quick simulation to get used to the controls. Choose which country you want to play for and you will get a team to start with. You can trade players as the season goes on but you have to play with who you get to start with. Start off right away by playing against another team. Learn how to pass, shoot, sprint, slide and tackle using easy to understand controls. Collect the world’s best players on one team and dominate the league.

How to Use FIFA 15 Ultimate Team Sports Game

This is an arcade-like version of a basketball game. It isn’t affiliated with the NBA so there aren’t actual players or teams but that doesn’t make it any less fun. Play as a guy who just loves basketball and learn how to run and shoot in a gym. Once you’re ready to play against others, you have a few options. You can play in Arcade mode, which is a two v. two game against the computer. You can also play a Shootout against someone random or a friend. Wait for the app to find your opponent and shoot until the balls are gone. Graphics are cartoony, but gameplay is fun and silly. 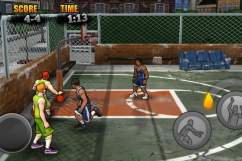 How to Use Jam City Basketball Sports Game

Read More
Apple, Apple Apps, Apps
We're not all born good at sports, but technology has made it possible to put yourself into your favorite game along with your favorite players with these free games.