So you’re in the market for a fitness tracker, and you know you want a tracker that you can wear on your wrist. Two well-known brands are Fitbit and Misfit, both of which make trackers that can be worn on the wrist, or clipped to your clothes. Misfit trackers generally cost less, but Fitbit is arguably the better-known name in the fitness tracker game. The cheapest on-wrist Fitbit model is the Flex, while Misfit’s low-end wrist wearable is the Flash. Misfit provided us with a sample of the Flash so we could have some extended, hands-on time with this activity monitor. Should you go for the bargain-priced Misfit Flash, or pay more for a Fitbit Flex? We’ll compare these two drastically different fitness trackers, and help you determine which option is best for your unique fitness needs.

Misfit recently dropped their prices across the board, meaning the Flash is down to $29.99 from $49.99. At around $30, that price is hard to beat. The Fitbit Flex retails for $99.95, though you can often find it for sale online for less. As of this writing, a black Fitbit Flex can be purchased on Amazon for around $79.

There are some other cheap options from Fitbit, but Misfit still beats them all. Fitbit offers two trackers that you can keep in a pocket, or clip to your clothes. These are the Fitbit Zip ($59.95) and One also have the benefit of being less expensive than most trackers worn on the wrist. The One retails for $99.95, the same as the Fitbit Flex, though you can sometimes find it on sale for less. 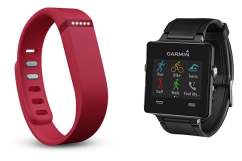 Both the Flex and the Flash can be worn on the wrist, but the two wearables have a slightly different look. The Misfit Flash is more like a watch, with a circular face and slender band. The Fitbit Flex has more of a “rubber band” look. Both wearables lack a numeric display, but both can light up to show your progress towards daily fitness goals (more lights=closer to your goal). The Flash can be pressed down to show the time using dots to reflect the hour positions on a clock face. Neither wearable has a heart rate monitor built in.

The Flash comes with a wristband and a clip so you can wear the tracker on your wrist. There are tons of cool third party Fitbit Flex accessories that can help you change how you wear the Flex. One of our favorite Fitbit accessories is this hammered gold-tone necklace for the Fitbit from FUNKtional Wearables, but there are also Flex clips you can buy if you want to attach the Flex to your clothes. The Flash comes in seven colors. The Fitbit Flex is available in 10 different colors. 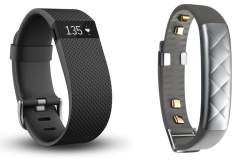 Both of these wearables track distance, calories burned, and sleep patterns. Both devices are waterproof, but only the Fitbit Flex offers a silent alarm. A recent update to the Flash adds smart home functionality, including music control and light control for Misfit Bolt bulbs. Both devices will work with iOS and Android devices. The Flash will work with Windows phones in the near future, with the Fitbit already offering Windows phone support. 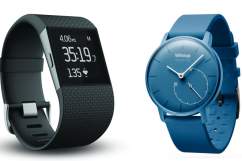 Learn more about the Fitbit Flex in the video above.

Here is one of the key differences. The Flex will last about five days between charges. In contrast, the Misfit Flash has a replaceable battery. The Flash will last about six months before you need to purchase a new battery. If you travel a lot, and don’t like the idea of having to carry a charger everywhere you go, you might prefer a fitness tracker with a battery that doesn’t need to be charged every week. 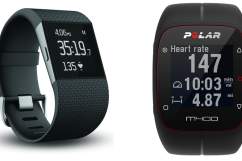 Learn more about the Flash’s smart features in the video above.

In the end, Misfit appears to have the Edge over Fitbit wearables. Misfit’s Flash is cheaper, but still has many of the same core features you’d find in the Fitbit Flex. The Flash also has some cool control features for smart homes, so if you own other Misfit products or plan to purchase smart home gadgets in the future, you might want to select a Misfit tracker. With the recent price drop, now is the best time to get a Misfit Flash for yourself or for a loved one.

Read More
Fitbit, Fitness, Gadgets, Shopping
Misfit trackers generally cost less, but Fitbit is arguably the better-known name in the fitness tracker game. Which fitness tracker is best for you?