Artem Vaulin, named as the alleged owner of KickassTorrents in a federal lawsuit, was arrested in Poland. The U.S. is going to seek his extradition as they seek to shut down the most popular torrenting website in the world. (Read all about the lawsuit here.) Who is Artem Vaulin?

1. Artem Vaulin Was Arrested in Poland and May Be Extradited to the United States

One of Artem’s websites. (Djinn)

Vaulin was arrested in Poland by local police. The federal government is going to try to have him extradited to the United States for his trial.

The copyright charges can bring a sentence of five years, but the money laundering charge has a maximum sentence of up to 20 years.

According to the Complaint, Artem Vaulin has gone by the name “tirm” online. The press release about his arrest adds that he is innocent until proven guilty, and thus far is only “alleged” to have committed these crimes.

3. He Owns a Company Called Cryptoneat, Which the Lawsuit Alleges Was a Cover for KAT

On LinkedIn, there is an Artem Vaulin from the Ukraine who works at Cryptoneat. Cryptoneat has a LinkedIn page, as does Artem (although his profile does not have a photo.) According to CryptoNeat’s LinkedIn page:

We are a software development company crafting our own products since 2008. Our latest project is wine scanner iOS application Wineeapp.com.

We support personal responsibility and involvement with no overmanagement standing in the way of imagination and creative thinking.

On LinkedIn, 20 employees are listed for Cryptoneat, including developers, marketing directors, and software engineers. Cryptoneat also has a nice-looking website here. Perks for employees include paid sick leave, gym membership, Herman Miller chairs, bicycle parking, refrigerators, no dress code, and days off. The website makes the company look legitimate, not like a front organization.

Cryptoneat also has an Instagram page here, but it’s unclear if any of the people in the photo are Vaulin.

An Artem Vaulin on LinkedIn, who’s listed as the founder of Cryptoneat, has a sparse profile without even a photo. He listed his top skills as Project Management, Management, Strategic Planning, and Customer Service. These appear to just be skills that other LinkedIn members vote on for you.

Vaulin has 105 LinkedIn connections. His languages are listed as Ukrainian, Russian, and English. The only companies he follows are Cryptoneat and Grupo EDFAN.

There are two other Artem Vaulins on LinkedIn, both listed as being in the Russian Federation and both with similar photos. It’s not known if these are the same Artem or a different person.

5. Read the Entire Complaint Against Vaulin Below

You can read the entire complaint against Vaulin below. 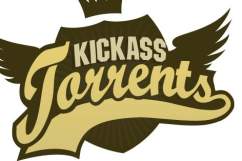