Kickass Torrents’ alleged owner, Artem Vaulin, has been arrested in Poland as part of a lawsuit filed by the United States. Many of KAT’s domains have been seized in the lawsuit and, as a result, none of the popular torrent site’s webpages are currently working. The lawsuit was filed in Chicago, with the alleged owner, Artem Vaulin from Kharkiv, Ukraine, being sued for copyright infringement and money laundering conspiracy. (Read more about Artem Vaulin here.)

1. The U.S. Filed Charges Against Artem Vaulin, Who Could Face Up to 20 Years in Jail

The United States filed charges against Artem Vaulin that include criminal copyright infringement, conspiracy to commit copyright infringement, and conspiracy to commit money laundering. The suit alleges that Vaulin, 30, owns and operates Kickass Torrents or KAT. Vaulin was arrested in Poland and federal authorities will seek to extradite him to the United States, the Department of Justice announced in a press release.

Vaulin is charged with running today’s most visited illegal file-sharing website, responsible for unlawfully distributing well over $1 billion of copyrighted materials… His arrest in Poland, however, demonstrates again that cybercriminals can run, but they cannot hide from justice.

You can read the entire complaint filed against Vaulin here or below, as provided by the United States Attorney’s Office via press release:

The copyright charges can bring a sentence of five years, but the money laundering charge has a maximum sentence of up to 20 years.

2. Seven Kickass Torrents Domains Have Been Seized and the Entire Site is Now Down

In addition to arresting Vaulin, the U.S. government has seized seven Kickass Torrent domains. According to the complaint, the seized domains are:

According to Kickass Torrents’ status website, the service still has other domains or proxy sites that aren’t listed in the complaint. These domains include kickassto.co, kickass.ag, kickass.cs, katproxy.is, thekat.se, katproxy.cc, lovekat.org, and an onion site. But at the time of publication, all of those sites are down too.

KAT has moved its domains before due to seizures and copyright lawsuits. In early June, the site was pushing back against repeated attempts to block its domains, and it added a new domain on the Tor (dark web) network.

BNO News reported that Kickass Torrent users are noting some technical problems with the website, with searches returning only error messages. According to Kickass Torrents’ status website earlier in the day, the site was experiencing no technical difficulties. But now the same status page is unreachable.

Kickass Torrents is the world’s most popular illegal file-sharing website. It receives more than 50 million visitors a month, operates in 28 languages, and has a net worth of about $54 million. Its annual advertising revenue is estimated at $12.5 million to $22.3 million.

KAT does not host files on its site, but provides links to torrent files, letting users download unauthorized copies of movies, TV shows, and the like.

The complaint mentions that KAT did not respect the Digital Millennium Copyright Act, but instead, when sent a takedown notice, it would respond that the claim couldn’t be processed because:

1) The Claim wasn’t written in English language;
2) You provided no evidence showing that you are the copyright holder or that you are acting on behalf of the copyright holder;
3) You provided no evidence showing that the content is legally copyrighted;
4) There were more then [sic] 30 torrents mentioned in the Claim email;
5) Your content is hosted on a different website.”

3. Apple May Have Given the U.S. Government Personal Details About Vaulin 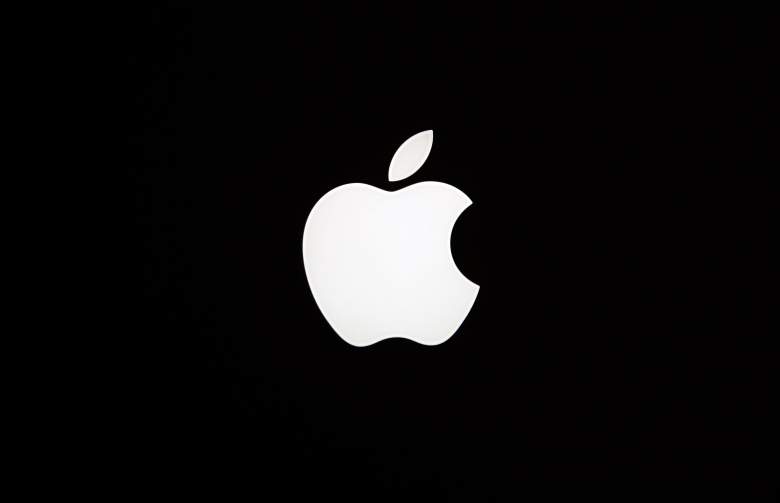 Some information about KickassTorrents may have come from Apple. (Getty)

According to the complaint, federal investigators posed as an advertiser, buying an ad on KAT in March 2016 for $300 a day. He was given information for a Latvian bank for making his payment, but was told not to mention KAT anywhere. When he went to buy a second ad, he was told that only pricier ads were available for $1,000 to $3,200 a day. He kept buying more ads and by May, received details about a different bank in Estonia. Through this investigation, the authorities learned which bank account KickassTorrents was using and obtained records, including hosting records that showed KAT was hosted in Chicago for a little over three years.

The investigator also discovered the email account associated with Vaulin, which was tirm@me.com. He was able to obtain records from Apple to find out what IP address and what transactions were conducted using the email address. According to the complaint (on pg. 34):

4. Vaulin Owns a Company Called Cryptoneat, Which the Lawsuit Alleges Was a Cover for KAT

On LinkedIn, there is an Artem Vaulin from the Ukraine who works at Cryptoneat. Cryptoneat has a LinkedIn page, as does Artem (although his profile does not have a photo.) According to CryptoNeat’s LinkedIn page:

We are a software development company crafting our own products since 2008. Our latest project is wine scanner iOS application Wineeapp.com.

We support personal responsibility and involvement with no overmanagement standing in the way of imagination and creative thinking.

On LinkedIn, 20 employees are listed for Cryptoneat, including developers, marketing directors, and software engineers. Cryptoneat also has a nice-looking website here, which was taken down on Wednesday. According to the website, perks for employees include paid sick leave, gym membership, Herman Miller chairs, bicycle parking, refrigerators, no dress code, and days off. The website makes the company look legitimate, not like a front organization. Here’s one photo from Cryptoneat’s Facebook page, which has since been taken down:

Cryptoneat also has an Instagram page here, which has since been taken down. It’s unclear if any of the people in the photos were Vaulin.

5. The Lawsuit Is Not Connected to the MPAA or Last Year’s MovieTube Lawsuit

Some may be wondering if the lawsuit is connected with the MPAA, since a lawsuit filed about a year ago by the MPAA brought down the very popular MovieTube website. But according to the complaint, this lawsuit was filed by federal U.S. authorities, not the MPAA.

KickassTorrents users are already commenting on the sites impending demise:

Cousins: yo can you get us the Ultimate Version of BvS