Vine, the app which became popular for its six-second video clips in 2013, is shutting down completely.

Twitter, which owns the three-year-old app announced Thursday that it would be discontinuing the app in the upcoming months.

Although there is not an exact date as to when the app will shut down, Twitter stated that nothing was happening immediately and all users will be notified before they make any changes to the app or website.

Nothing is happening to the apps, website or your Vines today. We value you, your Vines, and are going to do this the right way. You’ll be able to access and download your Vines. We’ll be keeping the website online because we think it’s important to still be able to watch all the incredible Vines that have been made.

This announcement comes after Twitter revealed plans to lay off 9 percent of its workforce, which is an estimated 350 people. The company also said in a letter to shareholders that the restructuring plan “focuses primarily on reorganizing our sales, partnerships and marketing efforts.”

Twitter posted a net loss for the quarter of $103 million, according to CNN Money.

The app’s six-second looping videos helped launch a new group of online stars including Andrew Bachelor, Nash Grier, and Cameron Dallas, among others. However, some who built their fan base on Vine had already moved on to other platforms including Snapchat and YouTube. 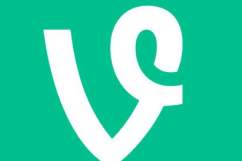 Vine Video App Closing: How to Save & Download Your Videos