YouTube and Google are undergoing sweeping changes to the current YouTube Partner Program (YPP) which will make things a lot harder for the smaller content creators out there.

Previously, channels just had to reach 10,000 total views to become eligible for the program, which is still a steep goal, but something very well in range for many content creators.

Starting today, new channels will need to have 1,000 subscribers and 4,000 hours of watch time within the past 12 months to be eligible for ads. If you are currently enrolled in the YPP and do not reach those requirements, you have until February 20 to meet the criteria or your account will be removed from the program.

YouTube says the change came after “careful consideration and extended conversations” with advertisers and creators. This change likely won’t have a strong effect on already established YouTubers but this can become a deterrent for anyone out there who is trying to jump into the world of content creation.

Users will still be able to upload videos as they please but won’t be able to make any profit from ads until they meet the above requirements. This changes have been made because YouTube and Google say it is clear that changes needed to be made. Here is the explanation from the blog post:

After careful consideration and extended conversations with advertisers and creators, we’re making big changes to the process that determines which channels can run ads on YouTube. Previously, channels had to reach 10,000 total views to be eligible for the YouTube Partner Program (YPP). It’s been clear over the last few months that we need the right requirements and better signals to identify the channels that have earned the right to run ads. Instead of basing acceptance purely on views, we want to take channel size, audience engagement, and creator behavior into consideration to determine eligibility for ads.

Essentially, users will need to increase the size of their channel instead of just finding one viral video that will propel them into partnership. It’s possible YouTube saw this as an issue since a person could have one successful video but not have the subscribers or views on any other videos to back it up.

YouTube wants to give the ad revenue to people that earn so it looks like this will be a way to stop rewarding creators who have just one successful video under their belt.

Of course, this will certainly upset many YouTubers out there who have been part of the program for a while so still don’t meet the desired guidelines YouTube has laid out. This can be considered a way of moving the goalposts and will leave many users upset.

Here is just a sample of the reaction from Twitter:

Wasn't making money from my YouTube channel anyway, but I'm probably one of those people who will be sick of seeing the same YouTubers on that platform for the next ten years. Give smaller YouTubers a chance. #YouTubePartnerProgram

@YouTube I'm heartbroken. I've had my channel since 2007 and it's been monetised for just over two years. I've never broken any rules but now I lose everything because you've moved the goalposts? Why do this to loyal smaller creators? #YouTubePartnerProgram

Logan Paul, the YouTube golden boy who can do no wrong, films a dead body to clickbait impressionable children into watching his videos. YouTube's response? To punish unrelated small channels, again. #YouTubePartnerProgram

Some users have tied this change into the Logan Paul controversy, where the YouTuber filmed a dead body in Japan’s proclaimed suicide forest and then posted the footage to YouTube, dead body and all.

For more news and features stay with us here at Heavy. 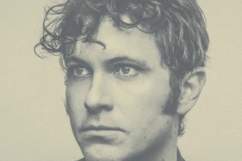