Christina Grimmie got her big break on The Voice and now she’s returning to perform on tonight’s results show. Tonight, the contestants narrow down from the Top 8 to the Top 5, sending three beloved singers home. On last night’s live performances, the front-runners seemed to be Damien Lawson, Taylor John Williams, Matt McAndrew, Craig Wayne Boyd, and Chris Jamison. So, does this mean the end for Luke Wade, DaNica Shirey, and Ryan Sill?

In addition to Grimmie’s performance, RaeLynn will return to debut her Top 20 hit song “God Made Girls.” Grimmie has been making the rounds lately, performing on Dancing With The Stars, The X Factor, and for Radio Disney. Grimmie started out as a YouTube sensation, but when she came on-board The Voice, her fame skyrocketed, though she finished in third place. Once she finished on the show, it was reported:

Adam Levine, her coach on the show, announced in the finale that regardless of the results, he was signing Grimmie to his label, 222 Records. Justin Bieber and Lil Wayne also supported Grimmie on the show and Lil Wayne offered to sign Grimmie on his label, Young Money Entertainment. She ultimately signed to Island Records.

Hey guys! I will be on @NBCTheVoice tonight singing an original tune….. 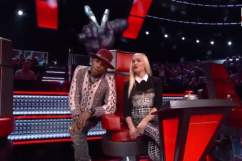