Ashley Salter is one of the contestants on The Bachelor this season. Read on for the facts on Salter, what to expect from her this season, and check out some show spoilers.

On the premiere of The Bachelor, Ashley Salter went on and on about the layers of an onion. Something just seemed very odd. Have a look at the footage in the above video.

When Soules appeared on Jimmy Kimmel Live, Kimmel asked him to describe some of the contestants on the show and when it came to Ashley S., he flat out called her crazy. Watch the video clip above.

This makes sense since Reality Steve says Salter curses out production when she gets eliminated.

Ashley Salter leaves the show in a blaze of glory. I believe it’s before they start traveling to, but I’m pretty sure she does not get eliminated at a rose ceremony. She’s the crazy one this season and apparently goes off on Chris and production about what a farce everything is when she leaves. You’ll see a little of her crazy tonight when she starts becoming obsessed with onions.

According to her bio, Salter is a hair stylist from Brooklyn, though it’s also said that she’s an account. Plus, she has a modeling profile page with Explore Talent.

4. If She Could Be a Fictional Character, It Would Be Thumbelina

When ABC asked Salter what fictional character she would be if she could, she replied:

Thumbelina, because she’s persuaded by so many families to become a part of theirs, but in the end of the fairy tale she follows her heart. My favorite childhood story.

On the second episode of the show, Ashley Salter displays strange behavior and the contestants don’t know what to make of it. Soules doesn’t either. 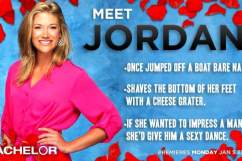 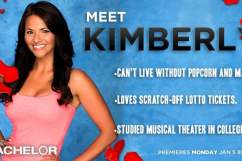 Kimberly Sherbach, ‘The Bachelor’ 2015: 5 Fast Facts You Need to Know

Read More
Reality TV, The Bachelor, TV
Check out all the facts on 2015 "Bachelor" contestant Ashley Salter, plus some show spoilers.