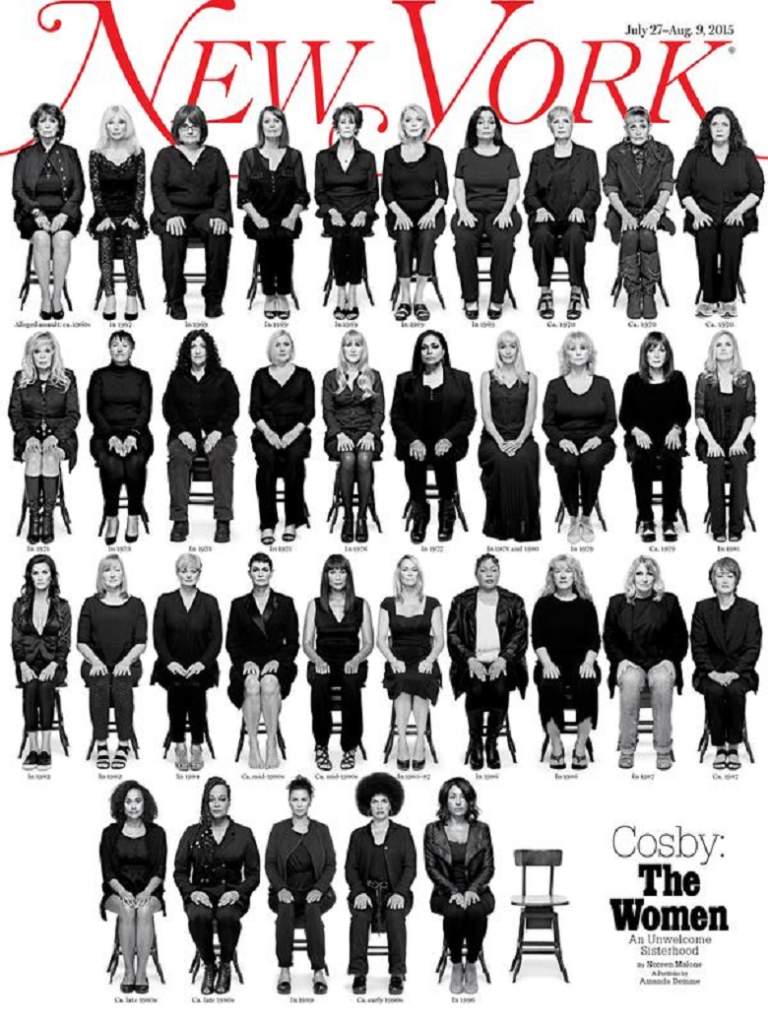 Thirty-five of Bill Cosby’s alleged sexual assault victims have appeared on today’s issue of New York Magazine. Have a look at all the women on the above cover photo.

Noreen Malone has written an essay about the 35 women for the feature, stating:

The group of women Cosby allegedly assaulted functions almost as a longitudinal study – both for how an individual woman, on her own, deals with such trauma over the decades and for how the culture at large has grappled with rape over the same time period. In the ’60s, when the first alleged assault by Cosby occurred, rape was considered to be something violent committed by a stranger … But among younger women, and particularly online, there is a strong sense now that speaking up is the only thing to do, that a woman claiming her own victimhood is more powerful than any other weapon in the fight against rape.

Read some of the excerpts in tweets below from some of the interviews from the alleged Cosby victims:

Beverly Johnson, one of 35 women interviewed, on allegedly being assaulted by Bill Cosby: http://t.co/T3DGgjNWI4 pic.twitter.com/ABg3ilTShS

"I felt ashamed. I was embarrassed to be me." Listen on Instagram: http://t.co/y8zR8jXEuL pic.twitter.com/VNQySdNUoV

Chelan Lasha, one of 35 women interviewed, on allegedly being assaulted by Bill Cosby: http://t.co/FxaIazttXX pic.twitter.com/qbPbV9WyZM

"A woman can be not believed for 30 years? But it takes one man?" Listen on Instagram: http://t.co/QDdQfB0crd pic.twitter.com/j6IPxb0RFd

Tamara Green, one of 35 women interviewed, on allegedly being assaulted by Bill Cosby: http://t.co/cPh2ugkhDh pic.twitter.com/12qQbpCz9a

While there are 35 women on the New York Magazine cover, we have a list of 47 alleged victims. Here’s the list: