The Young and the Restless returns on Tuesday with an all-new episode as Luca (Miles Gaston Villanueva) tries convincing Noah (Robert Adamson) as to why he needs to speak to Victor (Eric Braeden) while Chelsea (Melissa Claire Egan) tells Sharon (Sharon Case) that she needs Dylan (Steve Burton).

Luca Convinces Noah Why He Must Speak to Victor 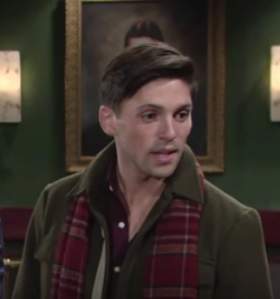 There’s clearly no love lost between Noah and Luca, as the two have been competing over Marisa. Lately, Luca’s had the upper-hand, as he’s convinced her to give their relationship another chance. When Marisa found out that Noah ratted out Luca — who was trying to do the right thing for his daughter — to the Feds, she opted out of her relationship with Noah.

However, Noah seems to be making some leeway with Marisa, who helped him cover up his accidental crime against Billy (Jason Thompson).

On Monday, Marisa was opening up to Noah about his past generosity toward her when two men escorted her to Victor; Noah wasn’t allowed to go.

On Tuesday, Noah informs Luca about Marisa’s situation. When Luca accuses Victor of having ulterior motives, Noah insists that Victor wouldn’t use her like that. Luca — as per usual — disagrees with Noah.

“Of course Victor would cover his tracks. That’s why I need to speak to the man and see what I can get out of him.”

Will Noah and Luca put their differences aside to do what’s best for Marisa?

Chelsea Recruits Dylan & Nick to Find Out Info on Adam 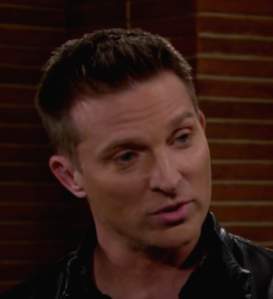 Chelsea has continued having a complex relationship with Adam, which was questioned by Dylan when he heard about Adam’s disappearance. While Adam wasn’t enthusiastic about her wanting another baby, Chelsea insisted that the two’s bond was fine.

On Monday, Chelsea informed Dylan that she’s concerned that Victor may be involved. In turn, Dylan asked Kevin (Greg Rikaart) — who doesn’t want to upset Victor since he’s in on his unfinished cyber project — to hack into Victor’s computer.

On Tuesday, Nick follows through with his promise to Chelsea.

“I’m asking you as your son. Do you know what happened to Adam?”

“Adam’s missing. Possibly kidnapped, so… I need your husband.”

Could Dylan’s involvement with the law drive Sharon to go back on her meds? Stay tuned.