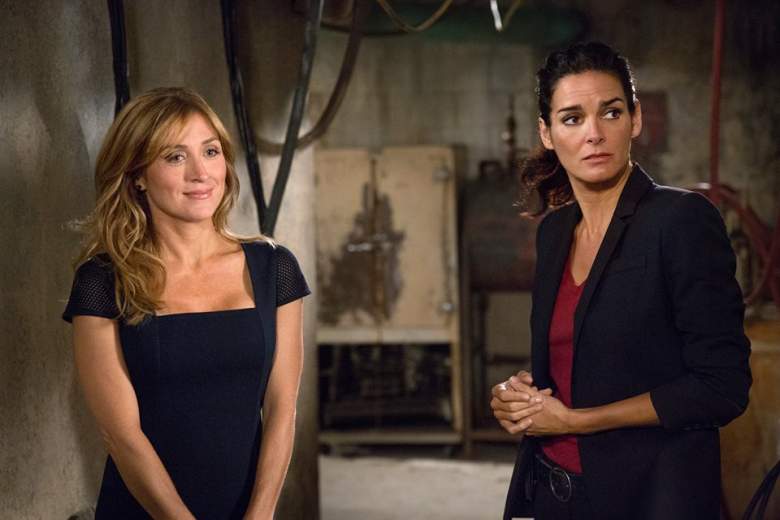 Gun battles and gang warfare are on the schedule for tonight’s all new episode of Rizzoli & Isles.

Before we dive into spoilers for the brand-new episode, titled “East Meets West,” check out the latest preview right here:

Rizzoli and Isles 6×16 Promo "East Meets West" (HD)Rizzoli and Isles 6×16 "East Meets West" – When a gun battle rages in a quiet neighborhood, leaving one dead, Jane and Maura are thrown into the secretive world of an Eastern European gang. Maura comes down with a fever while juggling work and play, and Angela and Kent prescribe several home-remedies that have a…2016-02-24T03:10:32Z

Maura (Sasha Alexander) and Jane (Angie Harmon) find themselves in uncharted territory as reports surface that gunfights are breaking out in a “usually quiet neighborhood” of Boston. As the fights get more and more violent, casualties start to occur and the pair are forced to investigate.

Of course, that investigation leads to something entirely unexpected as the pair come face to face with a gang whose roots go back to Eastern Europe.

As per usual, however, the case is not the only source of drama in tonight’s episode and Maura is pulling double duty dealing with some family and personal problems of her own.

After she comes down with a fever, Maura surrogate mother Angela (Lorraine Bracco) tries to come to the rescue. This isn’t a simple cold though as Maura is still dealing with her PTSD – and doing it on her own. Throughout tonight’s episode viewers will see how much Maura is suffering as she’s having trouble looking at crime scenes and reliving her kidnapping every time she tries to do her job.

Naturally, Jane has her suspicions as to what is going on, but knows she can’t do anything until Maura actually asks for help. How long that will take, however, is yet to be seen.

Read More
Rizzoli & Isles, TV
Gunfights are breaking out in a normally quiet neighborhood and the investigation leads Rizzoli and Isles to an unexpected discovery. We've got spoilers on tonight's episode here.