Truly one of the greatest ever #OmPuri #RIP #RIPOmPuri pic.twitter.com/wpJV2L3q6J

Om Puri, an acclaimed Indian actor who starred in some of India’s most important films, has died.

Puri died of a heart attack at his residence in Mumbai, reported BBC. He was 66-years-old. He died early in the morning of January 6. According to the Times of India, “Reportedly, Puri returned home on Thursday evening after a shoot. The door bell to his house at Lokhandwala’s Oakland Park residence went unanswered on Friday morning, following which his driver raised an alarm.”

In addition to Indian films, he starred in a series of British movies, reported BBC, which added that Puri “was known for his gritty performances in a number of landmark Indian films in the 1980s.”

He was a Bollywood star who also made a mark on Hollywood, starring in movies like City of Joy, Wolf, and Charlie Wilson’s War. American audiences may also remember him opposite Helen Mirren in The Hundred-Foot Journey. 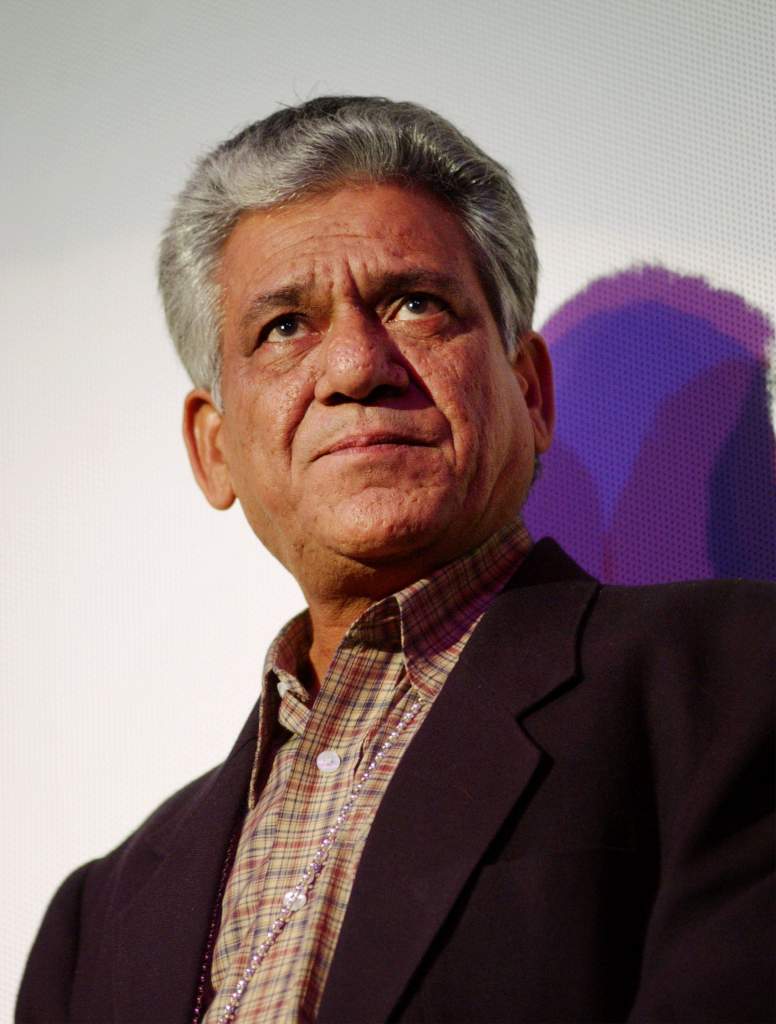 Actor Om Puri appears at a tribute to him before the screening of The Mystic Masseur during the 28th Telluride Film Festival September 1, 2001 in Telluride, CO. Om Puri is one of India’s most distinguished actors and a veteran of well over 100 films. (Getty)

“He was also known in the UK for his roles in British films such as My Son the Fanatic and East is East,” reported the Guardian.

My deepest condolences on the passing away of one of the most versatile actors of Indian Cinema , #OmPuri ji pic.twitter.com/hZN2pL6Ejo

On Twitter, he pinned a tweet to the top of his page that read, “I don’t expect anything from anybody, When You Grow Old. Your Days Are Gone; It Is Part Of Life.” In December, he tweeted, “I have no regrets at all. I have done quite well for myself. I didn’t have a conventional face, but I have done well, and I am proud of it.”

His work was lauded by many in Bollywood, especially, as well as the Indian prime minister. People called him an essential piece of Indian cinema, whose loss would be hard to repair.

Saddened by the demise of veteran actor Om Puri, his death is an irreparable loss to Indian cinema.May God render peace to the departed soul

I remember driving with him every morning to set listening to old Hindi music during delhi6, So sorry to hear to hear of his passing #Ompuri

Deeply saddened to hear about #OmPuri sir! He was such a huge part of the core of Indian cinema..RIP ! Truly and end of an era..

I AM SHOCKED TO HEAR THAT OM PURI JI IS NO MORE. He was a blunt and very loving person. He left a legacy behind. May his soul rest in peace!

Over a four-decade career, Puri won numerous prestigious cinema awards in India and the UK. His second wife, Nandita, upset Puri by writing about his personal life in a biography, according to the Times of India. The Sun reported that his son is called Ishaan and that he reconciled with his first wife Seema Kapoor after the book. His nephew, Ved Puri, known as Yash, had died in 2014 at age 40, also of a heart attack, reported the Sun.

“A critically acclaimed actor, Puri featured in films like ‘Ardh Satya’, ‘Jaane Bhi Do Yaaro’, ‘Aakrosh’, ‘Mirch Masala’ and many others. More recently, he was seen in the movies, ‘Dabangg’, ‘Bajrangi Bhaijaan’ and ‘Ghayal Once Again,'” The Times of India reported.

Read More
Breaking News, cause of death, Hollywood, India
Om Puri, one of India's most celebrated actors, has died. Learn his cause of death and more about this iconic figure in Bollywood cinema,