The never-ending drama on The Bachelor continues tonight with another new episode. The fights continue and more girls will be sent home. Tonight’s episode will feature one solo date, one group date and the very first two-on-one date of the season. Now, just a warning for fans out there; if you are NOT interested in reading spoilers on tonight’s episode, STOP READING NOW. Otherwise, read on for all the juicy details.

A vicious argument between Corinne and Taylor rages on just before the rose ceremony in Wisconsin. When the dust settles and the roses are all given out, two heartbroken women are sent home. However, for the remaining 13 bachelorettes, it’s on to one of the great romantic cities in the United States: New Orleans. Nick’s first one-on-one date in the Big Easy provides combustible chemistry as the couple sightsees, dances and goes to a Lolo concert. Ten bachelorettes join Nick for a thrill-a-thon as they visit an allegedly haunted plantation where a resident ghost makes her presence felt. Two arch rivals prepare to face off in the dreaded two-on-one date. Tensions are high as they head to NOLA’s mystical bayou. Which woman is stranded in the swamp, and which gets the rose? The evening ends with another abrupt surprise for both Nick and his date, on The Bachelor.

At the beginning of tonight’s episode, there are 15 contestants left in the mix. Read on for spoilers on tonight’s show below.

Last week, we watched Taylor Nolan and Corinne Olympios engage in some powerful words about each other. The feud continues and the two women end up on a two-on-one date with Nick Viall. According to Reality Steve, the date is packed with drama, as he previously revealed:

They went to a swamp out in the bayou. I think there was tarot card readings on this date as well. We see this in the season preview as Corinne says she’s sick of basically being called stupid by Taylor. Corinne got the rose. Taylor comes back at end of night to bitch him out about giving Corinne a rose over her. Corinne’s defense was she felt bullied by Taylor. Either way, didn’t change anything and Corinne stayed while Taylor was sent home.

Reality Steve also reports that Viall cancels the cocktail party that comes after the two-on-one-date.

Rachel Lindsay Gets the Solo Date

Tonight, attorney Rachel Lindsay gets a one-on-one date with Nick Viall, who gave her the First Impression Rose of the season. The two participate in street dancing for part of their date and get swept up in a small parade. Lindsay described the experience as the best date she has ever had and said that she didn’t know Viall “had swag like that.” Nick Viall told Entertainment Tonight that, since the beginning, Lindsay’s been one of the contestants who is easiest to talk to and “jive with.”

Also on their solo date, Lindsay and Viall hit up Cafe du Monde, along with a little bar where they listen to a singer perform. Lindsay got the rose on her date.

The Group Date Rose Goes To …

Ten girls are on tonight’s group date at the supposedly haunted plantation Houmas House in Louisiana. Reality Steve previously described the date as this:

Vanessa, Josephine, Kristina, Danielle M., Danielle L, Jaimi, Raven, Alexis, Whitney, and Jasmine are on the date. They ate dinner, had a tour, told ghost stories, and even played with a Ouija board. All the girls stayed overnight in the mansion in sleeping bags.

Contestant Danielle Maltby ends up getting the group date rose. Check out more details on the group date and facts about the Houmas House when you click on the below link: 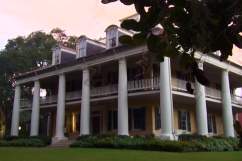 @nickviall is jazzed to visit New Orleans this week! #TheBachelor

Last week, the episode did not make it to the rose ceremony because it was focusing on the Corinne Olympios hate-fest. This means, that the rose ceremony will carry over into tonight’s episode and Reality Steve reports that Astrid Loch and Sarah Vendal are going home.

In addition, Steve reports that Taylor Nolan goes home on the two-on-one date with Olympios. If the next rose ceremony is also shown tonight, then the next round of girls to go home will be three women – Jaimi King, Josephine Tutman, and Alexis Waters.

Read More
Reality TV, The Bachelor, TV
The Bachelor 2017 is in full swing. Get the best season 21 spoilers from tonight's episode, along with elimination info and feud details.