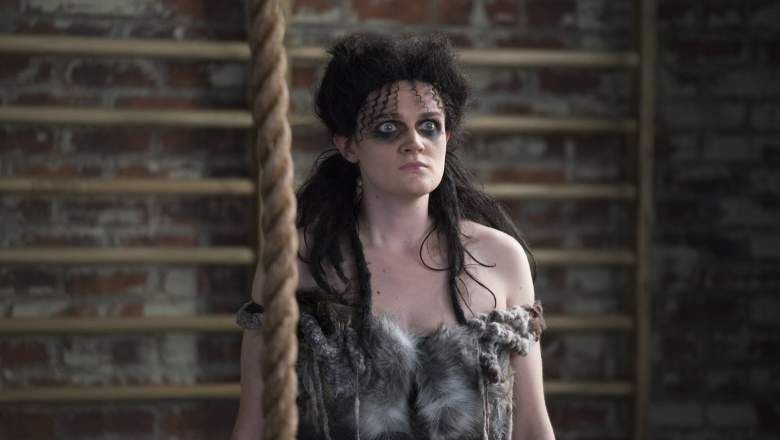 Gayle Rankin only had a handful of TV credits to her name before she was cast in Netflix‘s GLOW, but she’s really an experienced actress with plenty of stage credits. The 27-year-old was the first Scottish person to get a spot at the famous Julliard acting school in New York City.

Rankin plays Sheila the She-Wolf in GLOW. She’s an introvert and some members of the Gorgeous Ladies of Wrestling team think her “She-Wolf” personality is just a character she’s playing. In reality, she’s been dressing up as a “She-Wolf” for five years before the start of the ’80s-set show.

Here’s what you need to know about Rankin’s life and career.

1. She Stars as Ophelia in the Public Theater’s ‘Hamlet’ With Oscar Isaac 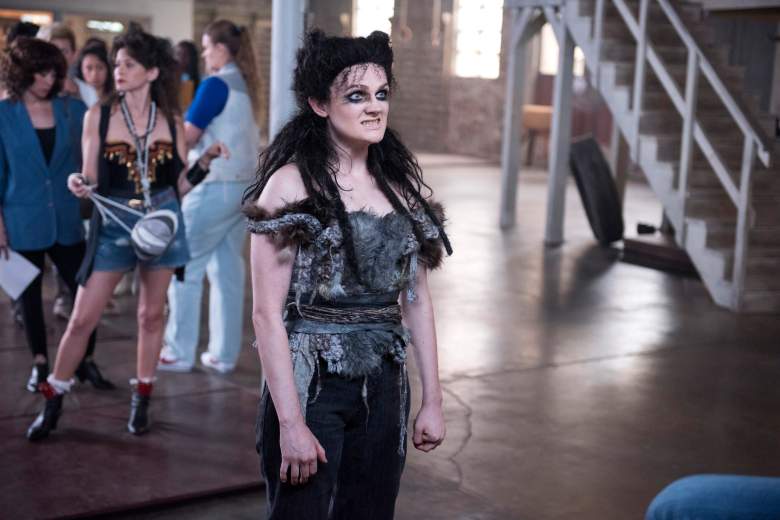 While chatting with W Magazine in May, Rankin explained that she’d like to change the perception of the Ophelia character.

“There’s something about her that she gives so much and fights so hard for so many of the people in her life. I’m not saying she’s a completely selfless angel, but she fights really, really hard,” the Glasgow native explained. “She fights to the point where she can’t fight anymore. And I don’t think she feels like the world is worth living in. I don’t see it as weak. I don’t see it as fragile. I see it as actually strong.”

Performances of Hamlet began on June 20 and continue through September 3 at the Anspacher Theater.

2. Rankin Was the Only Scottish Actor or Actress in Her Class to Get Into Juilliard

As The Telegraph notes, Rankin was the only Scottish actress or actor to get into Juilliard in her class. In a 2015 interview with Lincoln Center Theater, when she was in a production of Bathsheba Doran’s The Mystery of Love & Sex, Rankin said she visited New York with her parents at 16 and fell in love with the idea of going to the famed acting school.

“We took one of those red-bus tours,” Rankin said in 2015. “The guide pointed out the Juilliard School, and I was immediately curious about the possibility of going there.”

While attending Juilliard, Rankin “had to construct a solid American version” of herself. She’d often speak in an American accent offstage just to fit in. After graduation, she appeared in Tony Kushner’s production of The Illusion and earned her Actors Equity card. Then, she took a part on The Lake Lucille Project’s production of The Seagull in Upstate New York for three years.

3. Rankin Made Her Broadway Debut at 24 in ‘Cabaret’ as Fraulein Kost

In 2014, Rankin made her Broadway debut in Cabaret, playing the prostitute Fraulein Kost. She told Boradway.com that she didn’t really think she was right for the role.

“I didn’t think I was right for Cabaret,” she told Broadway.com. “The breakdown said, ‘Mid-30s, blowsy German prostitute.’ I was like, ‘I don’t think so.’ Then I watched the movie. After 10 minutes, I realized I had to do this.”

The role also required her to learn how to play the accordion and figure out how to perform with a German accent.

In that same Broadway.com interview, Rankin said that Calamity Jane was a big influence on her career. “I still want to be her,” she said. “I mean, who doesn’t want to be Calamity Jane? She’s such a badass.”

4. She Trained With Wrestler Chavo Guerrero Jr. to Prepare for Playing Sheila the She-Wolf

The actresses on GLOW all practiced with Salvador “Chavo” Guerrero Jr., a former WWE wrestler and part of the Guerrero wrestling family. In her W Magazine interview, Rankin said she also trained with Guerrero.

Rankin told the magazine that her character is suffering from “species dysmorphia — she believes she is a wolf.”

“I felt only these women, in particular, could make this show,” Rankin told W Magazine. “They care so much about us that they’re willing to be like, ‘Go forth and do that thing! Go fight! Go kick someone’s ass!’ Which is inspiring.”

Guerrero told Rolling Stone that the actresses trained with him for four weeks before the show started production. He said that all the actresses were excited to train.

“I was explaining to them that the wrestling core audience is so loyal, and they’ll love this show as long as you let them love it. There was never a time where they were like, ‘No, sorry,'” Guerrero said. “I’m not saying in the future that there may not be that time, but as for now, I couldn’t ask for better company to work for.”

Rankin’s next big project is The Meyerowitz Stories (New And Selected), the new film from writer/director Noah Baumbach. The movie debuted at the Cannes Film Festival in May. It stars Ben Stiller, Dustin Hoffman and Adam Sandler.

She also has two other movies coming up. She stars in Irreplaceable You with Gugu Mbatha-Raw and In a Relationship with Emma Roberts.

When Town And Country asked Rankin what she’d like to do next, she said she would love to be in a period movie, possibly set in the 1960 or even in the silent movie days.

“I went to school at Juilliard, and most of our training there is the classics, and as much as I thrive in contemporary, weird, experimental work, I really am excited about finding a pioneer woman or something from a different era that I could really sink my teeth into,” Rankin told Town And Country.