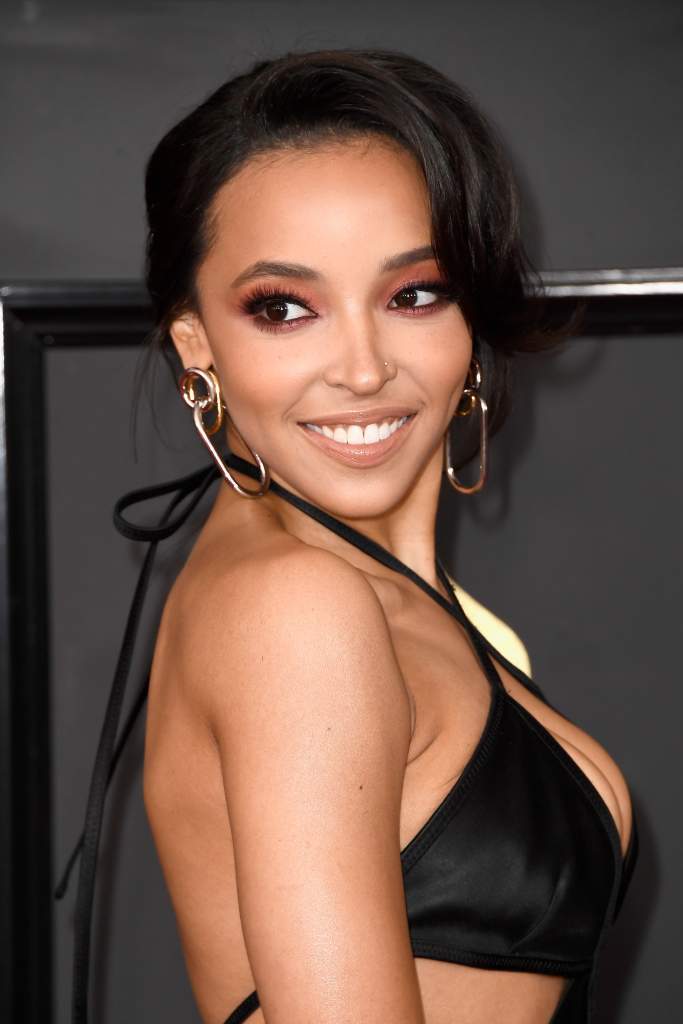 Tinashe is an American singer-songwriter. Her full name is Tinashe Jorgenson Kachingwe. The 24 year old was born in Kentucky but moved to La Crescenta, California, with her family in 2003. Her parents are Michael and Aimie Kachingwe and she has two younger brothers, Thulani, 18, and Kudzai, 16.

On June 13, 2017, Tinashe’s name started trending on Twitter, but not because of a new single or a new album. She started a wave of chatter following an interview with The Guardian in which she addressed the competition amongst black female singers.

1. Tinashe Took Heat on Social Media for Comments She Made About Black Singers

In June 2017, Tinashe found herself in the middle of controversy. In an interview with The Guardian, Tinashe talked about the apparent consensus that there isn’t much room in the entertainment world for black female singers.

“Recently, my cousin was with a friend of a friend, who was in high school, and she was like: ‘I’m a fan of Kehlani,’ but in a way that was like, ‘So I can’t be a fan of Tinashe, too.’ Then my friend posed the question, ‘Why not be a fan of both?’ It’s kind of like sport; people feel like they have to pick a side. There are hundreds of [male] rappers that all look the same, that sound the same, but if you’re a black woman, you’re either Beyoncé or Rihanna. It’s very, very strange,” she told The Guardian.

When asked about Ciara and how she’d gone through something similar, Tinashe agreed.

Twitter lit up with comments to Tinashe, causing a social media debate. Many Twitter users voiced their opinions on the matter, some slamming the singer and others blaming her management team for not coming through for her. Check out some of the reactions to Tinashe’s interview below.

Drop a club banger fam, use the promo. You need it. CAPITALIZE, cause your team ain't doing it. @Tinashe

@Tinashe as part of the black community ? I do recognize you and so do others so don't put us all in that category lol

And let's get another thing straight, numbers and record sales don't equate to the talent you have. That's all in your management team 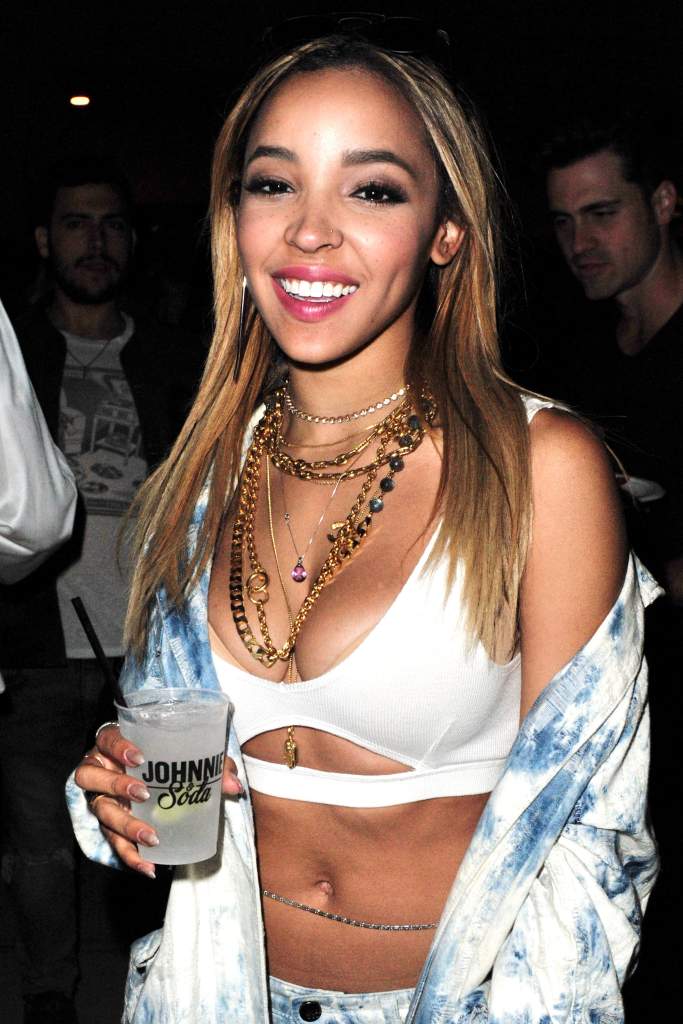 Tinashe is preparing to release her sophomore album, Joyride. The release date has not yet been revealed.

“It’s gonna come out when it comes out. I’m just excited to continue to release new material. I have a lot of new music and I’m really excited about that,” the singer recently told Rap-Up.

Joyride is described as the second album of a two-part series. The first album in the set, Nightride, was released in late 2016. Below is the track list for Nightride.

So far, only four songs have been confirmed for Joyride. They are “Flame,” “Stay The Night,” “No Contest,” and “In Love With You.”

“The majority of the album was already there, so it wasn’t like that much changed. I see [Nightride andJoyride] as two things that are equally the same. I think you can be a combination of things, and that’s what makes people human and complex. They are equally me. I don’t like to be limited to one particular thing so I want to represent that duality and that sense of boundlessness in my art,” she told Rolling Stone in November.

In April, Tinashe released her newest single “Flame.” You can listen to it below.

Tinashe’s first album, “Aquarius” was released in 2014. It received positive feedback and debuted in the Top 20 on the Billboard 200. Her most popular song off the album was “2 On” featuring rapper ScHoolboy Q.

According to Complex Magazine, almost all of Tinashe’s songs have been recorded in her bedroom.

3. Tinashe Was Recently Linked to Calvin Harris But Denied Dating Him

Sometimes life will have you allllllll the way f*cked up!! People will judge, say things about you that aren't true, write you off, call you names, etc… you gotta SMILE THROUGH ALL OF IT. That's life! At the end of the day, no one knows your heart or intentions but you.? Stay focused on things that make you smile. ? Be appreciative for your health and happiness. ?? Remember where your priorities lie. Love yourself fully and stay away from negative energy. ?? ..If you know who you are, the rest is just noise.

Last summer, rumors surfaced that Tinashe was dating Calvin Harris. According to E! News, the two were spotted out on apparent dates in Malibu and West Hollywood as early as last June.

“I mean, I’m still definitely single, so that’s all that we’re at right now,” Tinashe told the publication when asked about the romance rumors. She did say, however, that Harris gave her some tips about performing in Las Vegas ahead of her August performance at Intrigue nightclub in Las Vegas.

“He mostly just said, obviously, ‘Just go out there.’ Vegas is a different crowd every night so you never know what to expect, so I’m looking forward to it being a really good crowd. I know there are fans that have traveled from far, so I’m excited to see them,” she shared.

According to the website Who’s Dated Who, Tinashe has been in relationships with Chris Brown, Ty Dolla $ign, and Eve. In 2012, Tinashe tweeted about rumors that she was bisexual. You can see the tweet below.

Her current relationship status is listed as single. 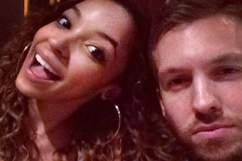 In 2015, Tinashe joined Nicki Minaj, opening for The Pinkprint Tour. That same year, she opened for Katy Perry’s Prismatic Tour.

In 2016, Tinashe headlined her own tour. According to Billboard, the tour kicked off on February 28, 2016, at Mill City Nights in Minneapolis, Minnesota. The “Flame” singer visited over 40 cities before wrapping her tour on May 26, 2016, -at Metro City in Perth, Australia.

Although her fans are hoping that she will head out on tour after releasing Joyride, there are no upcoming tour dates listed on her website. 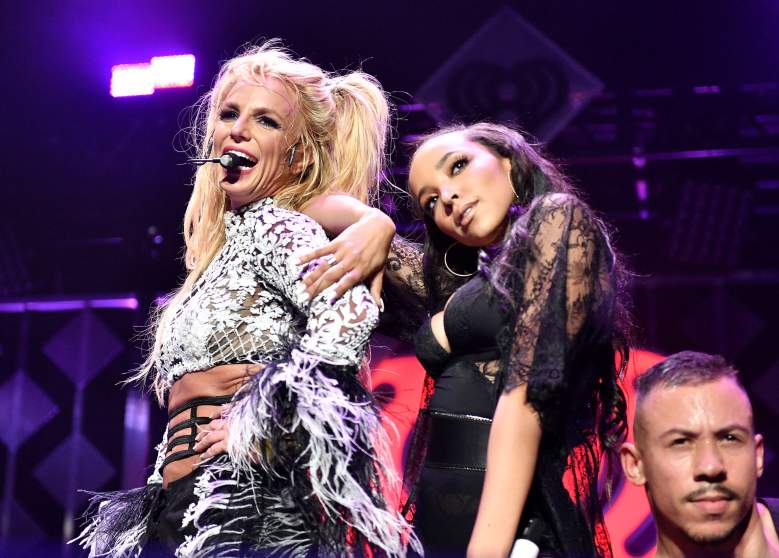 Tinashe’s name in the business has often followed the word “featuring.” She has collaborated on several songs from Britney Spears’ “Slumber Party” to Nick Jonas’ “Jealous.” In 2016, she was featured on the English version of Enrique Iglesias’ “Duele El Corazon.” Over the past several months, Tinashe has collaborated with Lost Kings (“Quit You”) and Tinie Tempah (“Text From Your Ex”).