Rumors were circulating today that Rick and Morty Season 3 Episode 2 was going to be live streamed on AdultSwim.com during Comic-Con tonight. Unfortunately, those rumors weren’t exactly true. (Note: If you’re looking for whether Rick and Morty is going to be new on Sunday, July 23, see Heavy’s story here.)

If you were watching on AdultSwim.com, you saw a design sneak peek for Episode 2, and then just random clips about Comic-Con. Season 3 Episode 2 did not stream online on AdultSwim during Comic-Con and it was not broadcast on Adult Swim’s TV channel.

So far, no one is leaking the episode. But some people are tweeting about being able to see it at Comic-Con. The new episode is going to be a post-apocalyptic Mad Max type parody, and this tweet definitely looks like it’s from that episode:

The new rick and morty episode was lit af

I just had the honor of watching a brand new @RickandMorty episode at #SDCC with 4,000 other fans pic.twitter.com/uxEMXpjCit

Just got to watch the new episode of @RickandMorty at Petco Park and it was fucking awesome! #SDCC2017

I'm sooo jealous of the people that got to exclusively see the new episode of Rick and Morty at #SDCC ! Ahhh! ?

The reason you’re not seeing leaks is because Comic-Con was very clear that no one should record the episode. According to one attendee, the following message was up before the show aired: “Please don’t record the live stream. If we see a phone you will be asked to leave. We love you.”

In the meantime, to hold you over, here’s the design sneak peek video:

Thanks to commenters below and other people who were there, we can now confirm that yes, Episode 2 did air at Comic-Con last night.

If you’d like to get an idea about what’s going to happen, see photos from Season 3 Episode 2 in the story below: 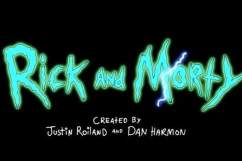 Read More
Adult Swim, Rick and Morty, TV
Did anyone get to see a new episode of Rick and Morty tonight? If one was shown at Comic-Con, was it streamed online too? Find out more here.