GettyActor Ewan McGregor and his wife Eve Mavrakis arrive at the premiere of CBS Films’ “Salmon Fishing In the Yemen” held at Directors Guild Of America on March 5, 2012 in Los Angeles, California.

Ewan McGregor and his wife of 22 years, Eve Mavrakis, have called it quits, according to People.

A source tells the outlet that McGregor and Mavrakis have been separated for some time now. The actor was photographed kissing his Fargo co-star, Mary Elizabeth Winstead, at a London cafe over the weekend.

Here’s what you need to know about Eve Mavrakis.

1. She and McGregor Have Four Daughters Together

more stuff up on my @depop !! ❤️ #shamelessselfpromo

Mavrakis, 51, and McGregor, 46, have four daughters together– their daughter, Jayman, was adopted from Mongolia. Clara (pictured above) is 21, Esther is 15, Jayman is 16, and Anouk is 6.

According to The Telegraph, Clara is a student at NYU’s Tisch School of the Arts, where she studies photography. She launched her own photography website in 2014, which you can check out here.

In an interview with The Daily Record in 2014, Clara shared that she plans on pursuing a career behind the camera. “Ever since I was little, I had a camera which I would walk around with. I really enjoyed taking photographs and, as I got older, I felt I could potentially be good at it – and decided to follow through with it.”

She explains that she began taking photography classes when she was about 14, and her dream job is shooting for Vogue or Vanity Fair.

McGregor and Mavrakis kept their daughters out of the spotlight growing up; and although her father was very famous, Clara never planned on pursing acting. She tells the Daily Record, “I’ve never been tempted to try acting. It’s not for me. As a little girl, I tried it but it was never anything I pursued as I grew up.”

2. Mavrakis Met McGregor on the Set of ‘Kavanagh QC’ and they Married In 1995

Scottish Actor Ewan McGregor with wife Eve Mavrakis arrive for the Investiture ceremony at Buckingham Palace on June 28, 2013 in London, England. Ewan McGregor will receive an OBE for services to Drama and Charity.

Mavrakis met McGregor on the set of the TV show Kavanagh QC.

They married in 1995, and subsequently moved to Los Angeles to raise a family.

McGregor opened up about his marriage on the Graham Norton Show years ago. The Daily Mail reports him as saying, “I knew right then that I really wanted to be with her and I knew I wanted to be with her in a different way to all the other many, many, many women I had been with up until that point. And I wasn’t wrong. I made the right choice.”

3. A Source Tells ‘People’ Mavrakis and McGregor Have Been Separated Since May

Accidentally matching up a storm today. ?

A source tells People that Mavrakis and McGregor have been separated since May.

Customers at the London cafe where the two were seen kissing reportedly told the outlet that the two seemed “comfortable” with one another. One source told The Sun, “Ewan and Mary Elizabeth were there together and seemed relaxed in each other’s company.” Another is reported as saying, “They were deep in conversation and were there together for more than an hour. As they left she got on to the back of Ewan’s motorbike and they sped off together.”

Winstead was married to writer-director Riley Stearns for seven years. The couple split in May.

Speaking to cameras at the 2016 Mill Valley Film Festival, McGregor admitted that his wife was the one who urged him to direct the 2016 film American Pastoral.

McGregor says, “I was attached to play the role for three or four years before I became the director. The project almost happened and then didn’t, almost happened then didn’t… Through discussion with my wife she was the one who brought my attention to it saying, ‘You should do it. You should think about directing ‘American Pastoral’. She was the one who sort of spiked my interest to it.”

The actor added on that he needed to do a bit of soul searching to see if he could direct the movie and act in it, as well. Ultimately, he decided it was something he wanted to do.

5. She Has Worked as a Production Designer

Member of the jury, British actor Ewan Mc Gregor and his wife Eve Mavrakis arrive for the screening of “On the Road” presented in competition at the 65th Cannes film festival on May 23, 2012 in Cannes.

Eve is a production designer, and is known for her work on Lock, Stock and Two Smoking Barrels and Bandit Queen.

According to her IMDB, Mavrakis’s last project was Imagine Me & You in 2005. 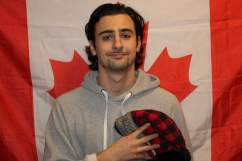